York to lead The Wire Association International in 2022 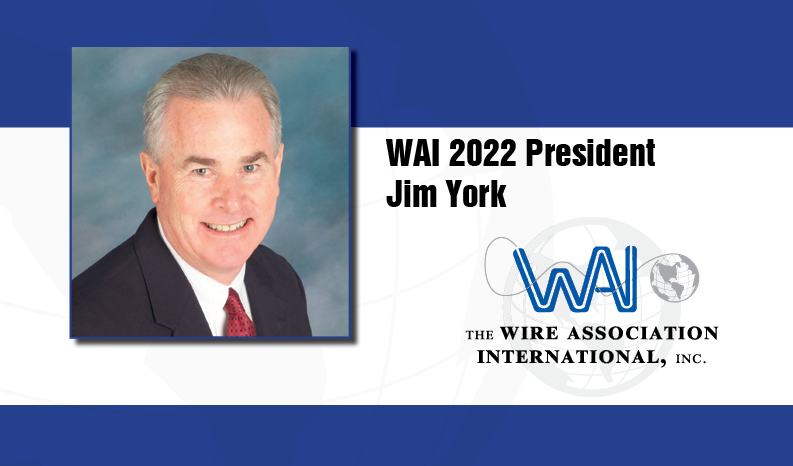 The Wire Association International (WAI), Inc. announces the appointment of James R. York as president of the association for a one-year term that commenced on January 1, 2022.
York will serve as chairman of the Board of Directors and as the 69th president of the 92-year-old association, which is headquartered in Madison, Connecticut, USA.

York is a senior vice president at Insteel Industries Inc., where he has worked since 2018. Prior to that, he spent 15 years in several leadership roles with Leggett & Platt including corporate vice president, Rod & Wire Products; and president of the Specialty Products Division, among others.
His earlier experience included positions with CF&I Steel and Bekaert.

A WAI member since 2012, York became a WAI Director in 2017. He contributed with service as an Executive Committee Liaison to its Exhibition Planning and Nominating Committees. In addition to his role as WAI president, York will serve as Co-Chairman of its Conference Programming Committee and Chairman of its Oversight Committee.
Commenting on this new appointment, York said, “The WAI has been and continues to be an important resource for industry members. It is my intention to continue this focus by providing contemporary-based data and programs that assist in the success of our members’ organizations and day-to-day operations.”