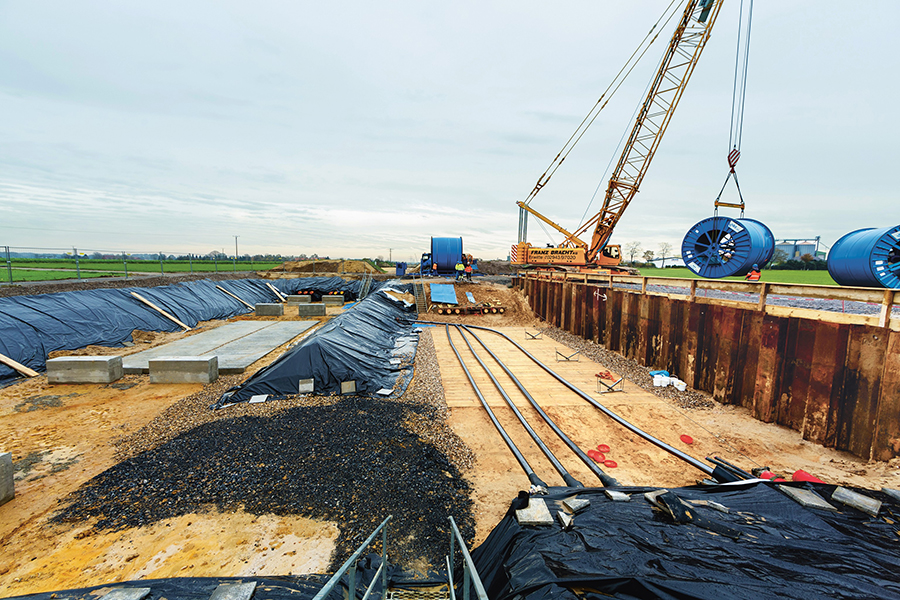 The transmission system operators (TSOs) 50Hertz, Amprion, TenneT and TransnetBW have published the first draft of the Network Development Plan (NEP) 2035 in the 2021 version on www.netzentwicklungsplan.de. This marks the start of a four-week public consultation, which can be taken online, by email or in writing until February 28, 2021. The comments are incorporated into the second draft of the NEP, which is then submitted to the Federal Network Agency (BNetzA) for review.

As in the previous NEP, it can be seen that the ongoing energy transition results in a higher demand for electricity to be transported within Germany. The increasing share of renewable energies in power generation is therefore the central driver of network development. More and more electricity from renewable energies, both on land and at sea, has to be reliably integrated into the electrical system and brought into harmony with an increasing and increasingly flexible electricity demand. The draft takes into account an energy system without nuclear power and largely without coal-fired power generation and thus moves within the German and European energy and climate policy requirements.

The NEP 2035 (2021) takes a detailed look at three scenarios for the first time to the year 2035 and an outlook to the year 2040 and shows the need for network development in order to continue to reliably and efficiently supply Germany with electricity. In relation to gross electricity consumption, the share of renewable energies is between 70 and 74% in 2035 and 76% in 2040. These assumptions assume an installed capacity of renewable energies between 233 and 261 GW in 2035 and 268 GW in 2040.

The NEP 2035 (2021) documents that wind energy is the central renewable energy source of the energy transition, in particular, that electricity generation in the North and Baltic Seas is gaining in importance. In all scenarios of this NEP, wind energy makes up the largest share of the energy mix. However, in the case of photovoltaics, a sharp increase in installed capacity and thus generation is to be expected.

The estimated investment volume for the proposed measures on land is between 72 and 76.5 billion euros. This sum already includes the investments for the so-called “start network”. This includes measures for which a plan approval procedure has already been opened or will be opened shortly, which has already been approved or is under construction. The investments are spread over the years.

In order to meet the energy and climate policy requirements, grid reinforcement and expansion measures are particularly necessary. A large part of the projects is already included in the Federal Requirements Plan 2021. The start network contains 3,640 km of AC line measures and 2,580 km of DC line measures. In the extension network, the measures include between 7,200 and 7,325 km of AC lines, mainly as grid reinforcements, and between 4,435 and 4,965 km of DC lines in 2035, the majority of which are offshore grid connections. In scenarios A and B 2035, around 800 km of AC and DC measures are required in addition to the BBP 2021, in scenario C 2035 it is around 1,450 km.

The NEP and the area development plan (FEP) together form the basis on which the offshore grid for the North and Baltic Seas is being developed. On the basis of the scenario framework approved by the Federal Network Agency and the areas shown in the FEP 2020, investments of between 33 and 38.5 billion euros result for the offshore grid of the NEP 2035 (2021) for the integration of 28 to 32 GW offshore wind energy. The proportion of the new offshore grid will be between 3,210 and 3,860 km in 2035.

A combination of different measures ensures a needs-based network dimensioning reduced to the required level. This includes assumptions about average weather conditions, the peak capping in electricity generation from onshore wind power and PV systems, as well as smoothing the demand for electricity through flexible electricity applications such as electromobility and heat pumps.

When determining the network optimization, network reinforcement and in order to expand the network, technologies such as weather-dependent overhead line operation, the use of high-temperature conductor cables and elements for actively controlling the power flow were taken into account. The potential of future innovative technologies such as modern system management concepts and network boosters have also been incorporated.

On June 26, 2020, the Federal Network Agency approved and published the scenario framework for the NEP 2035 (2021). In this scenario framework, assumptions are made about the energy landscape in the years 2035 and 2040: three scenarios look to the year 2035 and one scenario depicts the development up to the year 2040. All scenarios are based on the goal that electricity generation in Germany by 2050 will be almost climate-neutral.