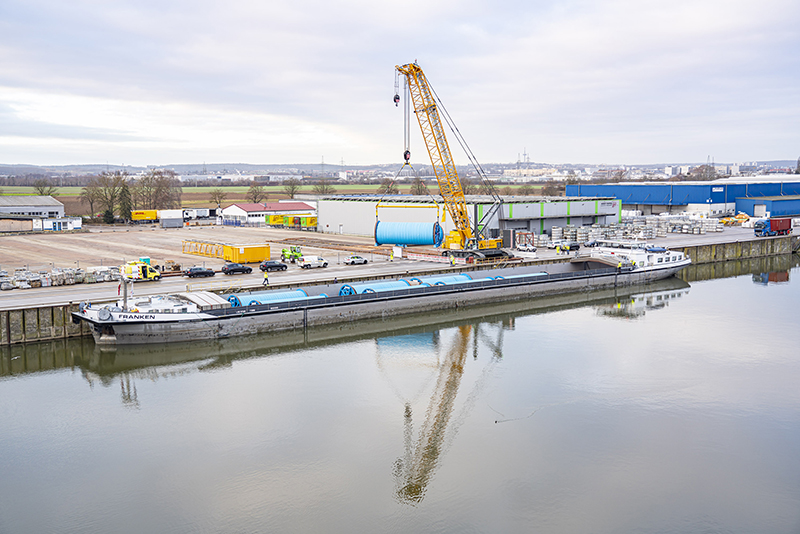 Tim Meyerjürgens, COO of TenneT, says: “Securing cable production and delivery is an important milestone in the realisation of the SuedOstLink, also against the background of the currently very tense markets. The SuedOstLink is one of the most important future electricity supply lines in Germany on the way to climate neutrality. In the further planning process, we strive to lay the two parallel cable systems in a way that is as coordinated as possible.”

dr Frank Golletz, Technical Director of 50Hertz, emphasises: “The current developments show once again the importance of a quick and safe conversion to renewable energies. In this environment, planning ahead and securing production capacities for the important direct current underground cables in good time is a decisive step towards more energy autonomy in Germany and Europe. We are all the more pleased that this step also contributes to coordinating the construction activities, thus saving time and keeping the effects of the construction site activities to a minimum.”

The SuedOstLink runs from Wolmirstedt near Magdeburg in Saxony-Anhalt to ISAR near Landshut in Bavaria. It consists of two projects and primarily transports electricity from wind energy from the north and east of Germany to the south:

A pair of underground cables from the SuedOstLink connects Wolmirstedt with ISAR (Project 5). It is scheduled to operate in 2027 and supply Bavaria with 2 gigawatts of low-cost electricity from the north and east German wind energy. Another 2-gigawatt underground cable pair of the SuedOstLink forms a line connection between the district of Börde and ISAR. This is the southern part of project 5a between the Klein Rogahn area west of Schwerin in Mecklenburg-Western Pomerania and ISAR, which was included in the Federal Requirements Plan Act in 2021. All sections of the SuedOstLink line are currently being approved.

For the two line connections of the SuedOstLink, two underground cable strands are laid in two separate cable trenches. This results in a total length of 2,100 kilometres for the necessary underground cables.

The northern part of project 5a between the Klein Rogahn area and the Börde district is included in a separate project called SuedOstLink+. This part is still pending federal planning. The cable production for this section, which is to be newly planned, has not yet been awarded. Project 5a is scheduled to go into operation in 2030.