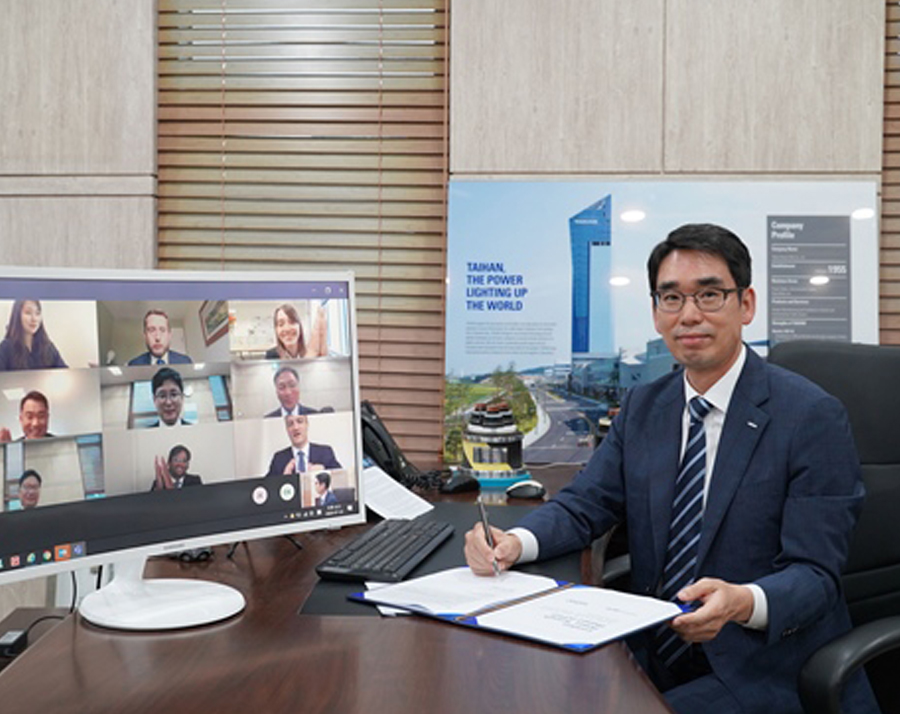 Taihan has signed a contract with the United Kingdom’s National Grid for the supply of underground cables and accessories for the London Power Tunnels 2 (LPT2) project.

The contract amount accounts to around 92.5 billion Korean Won (about 60 million Pound Sterling) and is thereby the largest powergrid project that a Korean cable manufacture has ever been awarded in the United Kingdom. This project is also the largest project awarded to Taihan after it has entered the European market.

The LPT projects (London Power Tunnels) are at the core of National Grid’s year-long efforts to secure London’s electricity supply. In the London underground, a tunnel stretching from Wimbledon in southwest London to Crayford in southeast London will connect and be installed in the center with a 32.5km long 400kV high voltage cable system demanding a cable length of over 200km. Taihan will provide the 400kV cables, jointing material and other material, design, engineer and oversee the the cable system inside the tunnel.

As it is a project to rebuild London’s power infrastructure with the highest voltage of 400kV that is applied in the United Kingdom, the project involved a challenging bidding process stretching over a year and concluding in the selection of one sole cable supplier. Comprehensive and in-depth evaluations were conducted on all areas of the cable project, including product design, construction, engineering, and project management capabilities. Taihan emerged as the most competent bidder in competition with leading European cable companies.

CEO Hyung-kyun Na commented, “We are excited that we will play a big part in this large-scale, long-term infrastructure improvement of London. As the United Kingdom is a leading country for the energy industry, it feels like through this challenging and critical award, we have proven that we have a competitive market position in Europe.”

Hyung-kyun Na added that “Europe has a high demand for replacing old cables, and the opportunity to supply new power grids according to the renewable energy expansion policy is wide open.”

In order to enter the European cable market in a serious manner, Taihan first established a UK branch and employed professionels for the market in April 2017. When the European Head Office was reorganized to include the Russian branch within Taihan’s Europe branch in 2019, it maximized the group’s personnel and established a new branch office in the Netherlands in the second half of the year to further expand its business network over the European market. At the time of the award of LPT2 to Taihan, the company’s entrance into the European market dates three years and has established itself through awards in Sweden, the Netherlands, Denmark and the UK.