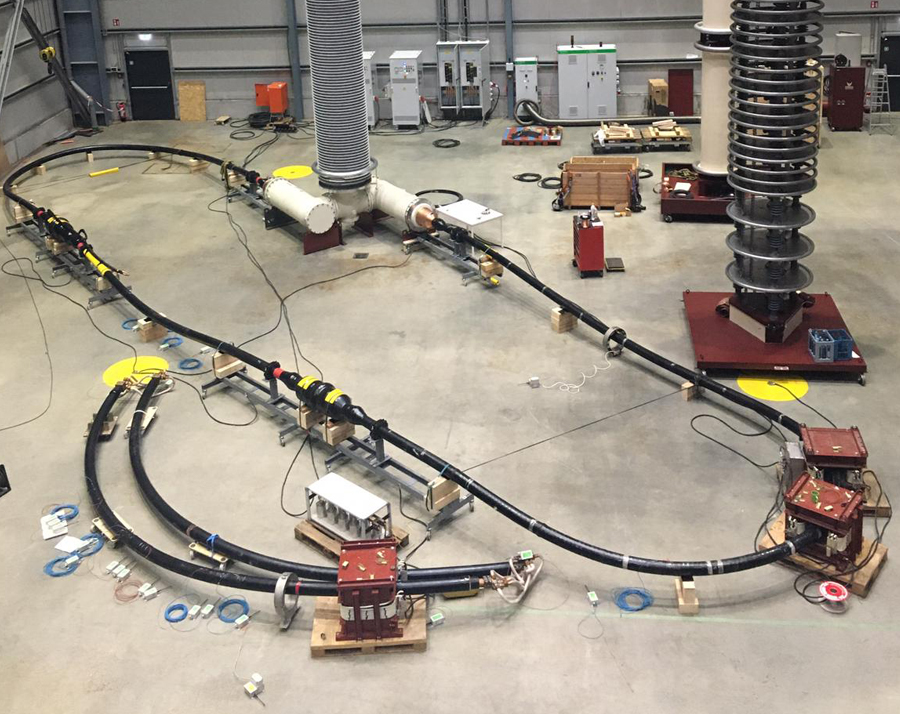 The collaborative test results showed the conformity of the 525 kV DC cable system and the DC GIS interface in accordance with CIGRE TB496. Südkabel’s cables were also proved to have compatibility to Sumitomo Electric’s cable, while subsequent destructive tests, including polarity reversal condition tests, showed the both cable systems have sufficient design margins up to Uo = 640 kV level.