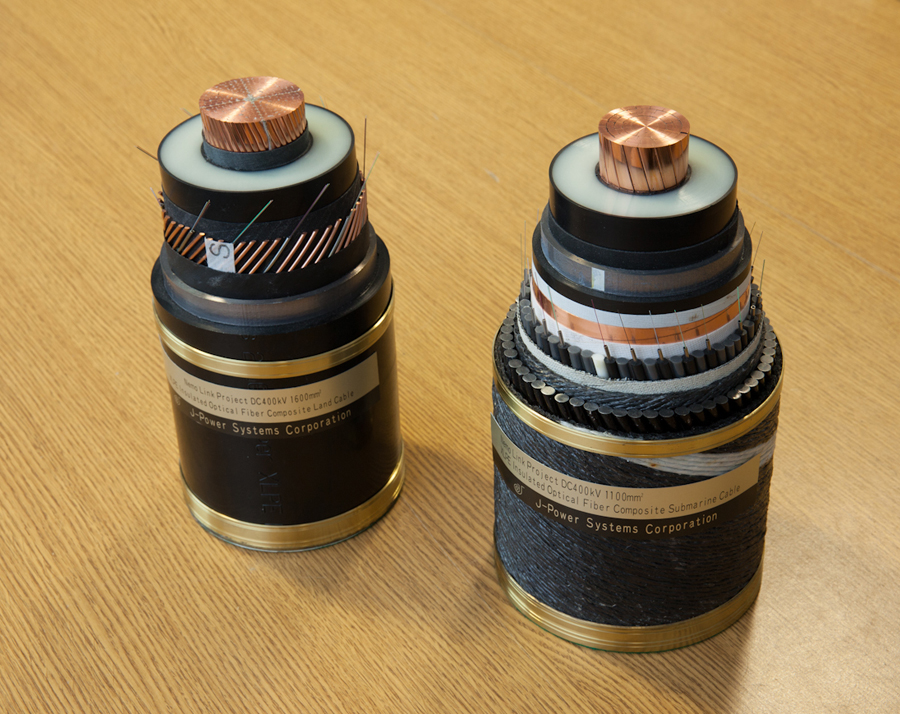 In support of this trend, Sumitomo Electric has recently completed the construction of a 400-kV HVDC XLPE cable system, the highest voltage in the world for an HVDC-XLPE cable system, for NEMO Link, which connects the UK and Belgium.

Sumitomo Electric has also completed construction of the Hokuto-Imabetsu HVDC Link with 250-kV HVDC XLPE cable, which will increase transmission capacity between Honshu (Japan’s main island) and Hokkaido (Japan’s northern island) along with the existing circuit for the Hokkaido-Honshu DC Interconnector that commenced commercial operation in 2012. The route length of this HVDC cable system is the longest in the world for an inter-strait tunnel.

In addition to these recently-completed HVDC projects, Sumitomo Electric is currently constructing the first HVDC cable system in India. Sumitomo Electric will continue its endeavour to lead the global market by utilizing the Company’s state-of-the-art HVDC cable technologies and experience in large-scale projects.

In Europe, with the aim of achieving efficient use of energy and security of energy supply, electricity interconnectors connecting countries are playing significant roles. NEMO Link, a joint venture between National Grid in the UK and ELIA in Belgium, initiated a project to connect Kent in the UK and Zeebrugge in Belgium with an HVDC cable system. Sumitomo Electric secured an Engineering, Procurement and Construction (EPC) contract for the interconnector project in June 2015.

*2 XLPE stands for crosslinked polyethylene. Conventionally, mass impregnated cables using highly viscous insulation oil have been utilized for HVDC projects. In recent years, XLPE insulated cables have been commonly adopted due to their high allowable operating temperature and growing environmental concerns. Until the completion of this project, the maximum voltage for commercially used HVDC XLPE insulated cables was 320 kV.