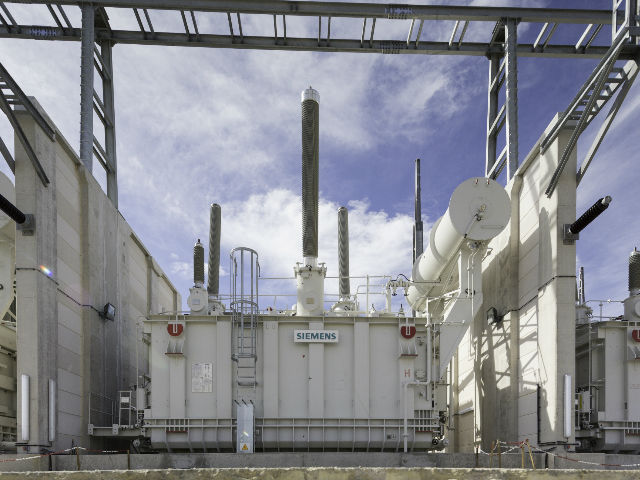 Siemens is to supply eight converter transformers for the Nemo Link project, a high-voltage direct current (HVDC) transmission system connecting Belgium and Great Britain. The customer is Nemo Link, a joint venture between National Grid Nemo Link Limited, a subsidiary company of the UK’s National Grid Plc, and the Belgian Elia Group. The HVDC link will deliver a transmission capacity of 1,000 megawatts (MW) – enough to power 500,000 households. Commercial operation of the link is scheduled to commence in 2019.

The photo shows a similar power transformer serving at a converter station on the HVDC link between France and Spain.

“At our Nuremberg transformer plant, where our engineering and sales efforts for these transformers are based, we have developed our HVDC transformers into the industry’s technological state of the art”, notes Beatrix Natter, CEO of Siemens’ Transformers Business Unit. “Our extensive expertise and the certified quality of our manufacturing facilities make Siemens Transformers the technology leader for these high-tech products.”

In June 2015, Siemens had already been awarded the order for turnkey erection of the link’s two converter stations using HVDC Plus technology with a transmission voltage of ±400 kV DC, and also concluded a service and maintenance agreement for five years. Nemo Link has been designated as one of the European Commission’s projects of common interest to help create an integrated European Union energy market. The project will enhance energy security in both countries and promote the integration of renewable energy sources such as offshore-generated wind power.