Route corridor defined for section B of DC connection A-North 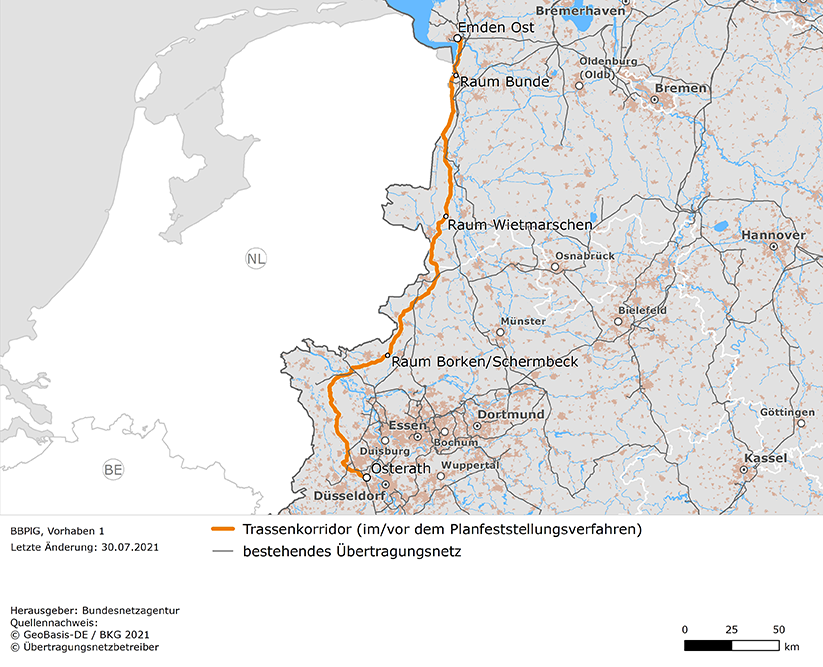 The Federal Network Agency has determined a different course for two alternatives. In the area of ​​Haren (Ems) / Meppen the route corridor runs on the east side of the Haren-Dankern airfield and thus closer to the Autobahn 31. The Wesuwe district is passed to the south. The route corridor also bundles with another power line and reduces the intersection of natural areas such as a drinking water catchment area, forests and areas for local recreation along the Ems.

The decision is published at: www.netzausbau.de/vorhaben1-b

After completion of the federal planning, the plan approval procedure follows. In this approval step, the exact course of the line within the route corridor is determined. Another extensive public participation takes place in this process.

You can find explanatory films on network expansion at www.youtube.com/netzausbau

The A-North power line, together with the Ultranet line adjoining it to the south, forms the so-called direct current corridor A.

A-Nord runs from Emden Ost to Osterath. The power line is implemented as an underground cable with a capacity of up to 2 GW. Commissioning is planned for 2025. The federal sectoral planning of A-Nord was carried out in four sections.