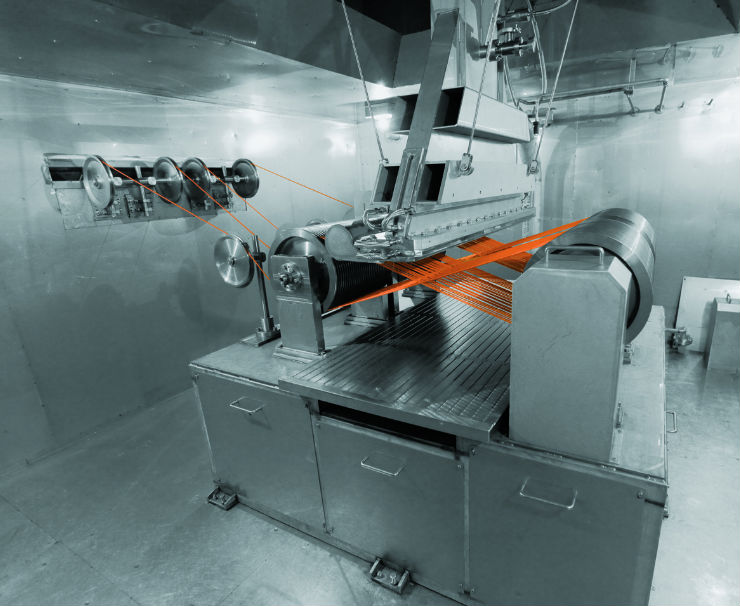 The Lapp Group will present its extensive connection solutions for the rail industry for the first time at InnoTrans, the International Trade Fair for Transport Technology (20-23 September, Berlin). Above all else, the logistics concept is new to the market. Lapp supplies many standard products within 24 hours, even in small volumes. Even for rarely requested cable and accessory types which are tailor-made to order, the German family company can deliver faster than was previously standard by several weeks. The standard delivery time of manufacturers and assemblers of cables for locomotives, railway carriages and underground trains is four months. Unlike other suppliers, customers can order small volumes starting from as little as 100 metres from Lapp. For longer cable lengths, those can be cut according to the customer’s request. It has previously been difficult for operators in the rail industry to purchase cables in small or non-standard volumes. Depending on the cable type, the smallest packaging sizes are 1,000m or more. The customer can thus save on storage costs with tailored cable lengths. Lapp also does not apply a minimum order value.

Less hectic thanks to Lapp

Short delivery times through sophisticated storage solutions on every continent are one of Lapp’s specialities – they have helped the company to acquire customers across a number of industries. Lapp is now applying this unique selling point to the rail industry. It solves a problem that all major train manufacturers face: Life can be quite hectic shortly before the delivery date of a newly developed locomotive or new carriage types because the electrics need a last-minute redesign. If the manufacturers then have to wait four months for new cables, the delivery dates will need to be pushed back. “We see a major opportunity for Lapp here,” said Thorsten Grünberg, who has been Market Manager for the rail market at Lapp since spring. Grünberg has a lot of experience in the industry: before taking on his current position, he spent 25 years in various roles in sales specialising in connection technology in the rail industry.

Although the Lapp Group is only just entering the rail market in Europe, it has been operating in this field for quite some time in Korea. Lapp’s cables are used in the high-speed trains made by South Korean manufacturer Hyundai Rotem. These trains run on the Korea Train eXpress (KTX) line from Seoul to Mokpo and Busan. The Lapp Korea Competence Centre and factory where the cables are manufactured are also located in Seongnam. The Lapp Group has set up an electron beam cross-linking plant here. It shoots electron beams at the cable insulation, which enables the cable to withstand temperature fluctuations between minus 40 degrees Celsius and plus 120 degrees Celsius.

In addition to the ÖLFLEX® TRAIN cables, the Lapp Group will be showcasing UNITRONIC® data network cables, ETHERLINE® data communication systems, EPIC® industrial connectors, SKINTOP® cable glands and FLEXIMARK® marking systems at stand 10.1.103 in the halls of Messe Berlin. These products specifically comply with the strict fire protection requirements as stated in EN 45545 and can thus be used in passenger rail carriages.