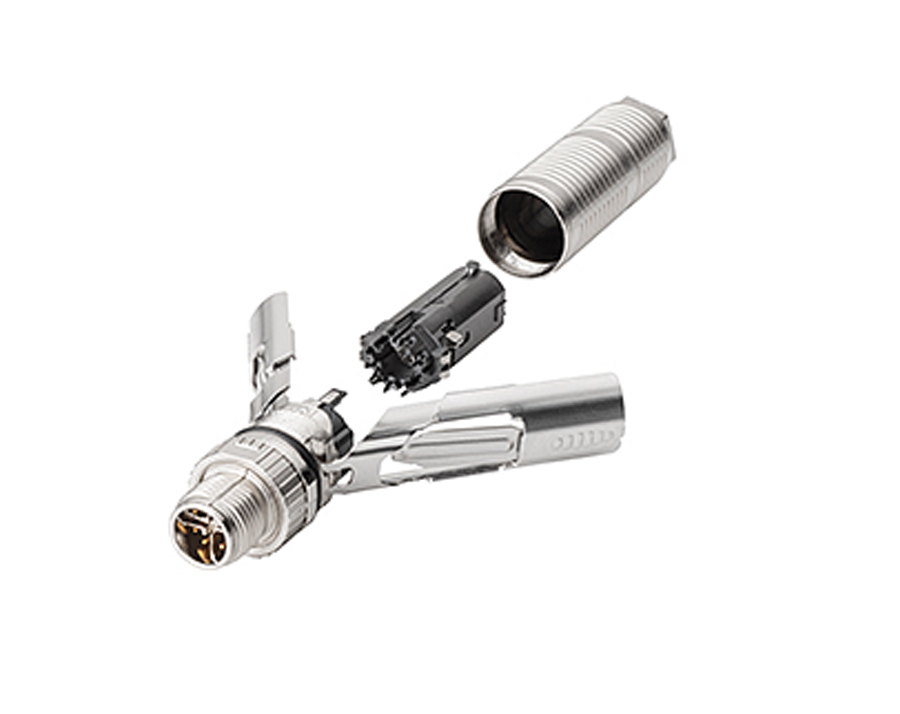 Siemens is extending its FastConnect cabling technology offer to include a new X-coded IE FC M12 Plug Pro connector. The new plug-in connector has a robust metal housing and is suitable for use in harsh industrial environments due to its IP65/67 protection class (protection against the ingress of liquids and dust). This plug-in connector allows eight-core Ethernet cables to be quickly and easily assembled directly on site, to the required length. The IE FC M12 Plug Pro is stripped and assembled using the IE FC stripping tool, which is also used for pre-assembled cables, and significantly simplifies handling by eliminating the need for new assembly methods.

Siemens is extending its FastConnect cabling technology offer to include a new X-coded IE FC M12 Plug Pro connector.Reliable network components are essential for the digital transformation of industry. In addition to direct use of pre-assembled cables, individual components are also being used directly on site for flexible assembly which can be individually adjusted to the preferred length to suit the application. These include the new X-coded IE FC M12 Plug Pro plug-in connector which allows customized cables with data rates of up to ten Gigabytes per second to be created quickly and easily. The cores in the eight-core IE FC TP cable are inserted into eight small openings in the plug and shortened to length and connected by the integral cutting and clamping technology when the two housing elements are closed together. The pre-assembled cables can then be used to form connections with Scalance XP-200 Industrial Ethernet Switches, Scalance W-700 IWLAN (Industrial Wireless LAN) Access Points, Simatic ET 200eco PN distributed I/O modules, or Simatic MV540 optical identification systems.
All network components are installed partially inside and partially outside control panels. The latter places particular demands on the components – not only on the active products installed but also on the passive components such as industry-grade cabling and plugs in copper and fiber-optic designs.