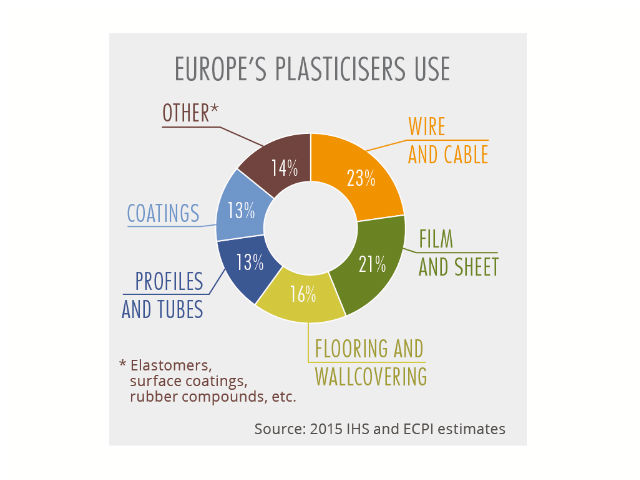 It is hard to imagine our lives without cables. From the moment we wake up until the very last second before we go to bed, wires and cables bring us electricity and connectivity. Watching TV, making a phone call, sending an email or washing our clothes would be impossible without the wires and cables made using polyvinyl chloride – known as PVC or vinyl – one of the most widely used thermoplastic polymers in the world.

As is often the case with breakthroughs that have changed the course of history, this material was first discovered due to an apparently uneventful finding by German chemist Eugen Baumann in the late 19th century. PVC accidentally appeared as a white and brittle solid inside a flask of vinyl chloride that had been left exposed to sunlight. However, it was not until the 1920s that PVC achieved widespread commercial use, initially as a synthetic replacement for natural rubber, which was becoming increasingly costly.

The use of plasticisers helped make PVC more easily processed and flexible. Sales took off when it started being used as a water-resistant coating for fabrics. Demand accelerated further during the Second World War when it became the standard insulation for wiring on military ships. Since then, PVC cables have become a reliable staple to power our devices.

Today, wire and cable have become the largest application for flexible PVC in Europe. Out of the more than 1.3 million tonnes of plasticisers used in Europe, about 23% end up in cables.

The same durability and resilience properties make PVC cables the best option for use underground or below water. Without its resistance to pressure and extreme temperatures, we would probably have to say goodbye to practical and modern infrastructures such as the English Channel tunnel, cable TV, Internet or rollercoasters, to name but a few.

Brown goods can be green

Ever since the 1980s, power cables with flexible PVC have been the industry standard for personal computers and electronic screens. Today, their use goes beyond IT equipment such as smartphones and tablets, including wiring and cables in residential, public and private buildings in addition to many home appliances. However, it is still in the brown goods – such as TVs, radios, DVD players – where flexible PVC rules supreme and not just because of its performance.

The International Electronics Manufacturing Initiative (INEMI) carried out a life-cycle assessment in the manufacturing of brown goods and concluded that substituting PVC with alternative materials would considerably lower the environmental standards of the industry. An interesting fact: PVC generates three times fewer greenhouse gases than the materials which could be used to replace it.

Welcome to the circular economy

Flexible PVC cables are very durable, lasting several decades under normal conditions of use. So, what happens when they reach their end of life? They can actually be efficiently recycled once the PVC sheathing is separated from other materials including copper or aluminium. In Europe, the VinylPlus voluntary programme set up in the year 2000 is currently recycling close to 100,000 tonnes of end-of-life cables every year. In 2014 alone, the programme recycled over 514,000 tonnes tonnes of PVC in total.

The recycling plant Vinyloop©  is VinylPlus’s flagship initiative when it comes to cable recycling. Its physical, solvent-based technology successfully recycles cables and wires by separating PVC compounds from different materials (other plastics, rubber, metal, textile and more) using selective dissolution and filtration. The process prevents valuable plastics from being landfilled or incinerated, and produces consistent quality, high-level purity recycled PVC compounds (R-PVC), similar to virgin compounds. This technology has shown great potential to be scaled up and deployed in other locations.

Are PVC-free cables really an alternative?

Flexible PVC has been under close scrutiny for many years by regulators and civil organisations, not only because of the way it is manufactured but in part due to the presence of some phthalates (one of the many families of plasticisers) which have been linked to a number of potential health effects. All plasticisers are being thoroughly evaluated and regulated by the EU legislation, which enables their safe and sustainable use in specific applications. Nevertheless, in an attempt to minimise consumer and NGO pressure, over the past few years, some companies have tried to replace PVC cables, changing the design and materials used in the power cords of their popular smartphones, tablets and other devices.

However, it soon became evident that the new cables were often not performing as well as those made of PVC. They broke more easily and lasted a shorter time, to the increasing annoyance of many consumers who, in November 2011, assembled and won a class-action lawsuit in the US against one of the market leaders. More recently, “PVC and plasticisers-free” charging cables were heavily criticised in countries like South Korea because of poor resilience but also for overheating and causing skin injuries in users. Of course, less performant cables will not prevent consumers from having their favourite smartphones; however, durability and consumer safety during the lifetime of any electronic or electrical equipment should be paramount.

It is worth noting that there are different kinds of plasticisers with many different uses, properties and regulatory status. European Union (EU) authorities have strictly regulated the use of all plasticisers: those currently being used in flexible PVC applications are safe and pose no risk to consumers’ health and our environment.

The use of any substances in the EU is tightly regulated by REACH (Registration, Evaluation, Authorisation and Restriction of Chemicals), the most stringent chemical regulation in the world. The Restriction of Hazardous Substances Directive (RoHS) also covers the safety of electronic and electrical equipment throughout its life-cycle. REACH and RoHS, combined with the strong commitment of the flexible PVC value chain, ensure that PVC manufactured in Europe follows the highest standards.

For that reason, the European Commission has added a number of low molecular weight orthophthalates to the list of restricted substances set out in Annex II of the revision of the EU Directive – RoHS2. This ban will be implemented by all EU member states as of 31 December 2019.

A future for flexible PVC?

Over the past 80 years, PVC has proven to be a reliable and durable material. It resists water, heat, extreme cold and even criticism. PVC is still considered by many to be the safest and most suitable material for many electrical applications and devices.

As governments and institutions keep tightening their grip on consumer and products safety, one can only imagine that plasticised PVC will remain the go-to material for our cables. Even though alternatives may be developed, it is hard to be completely sure they could withstand the test of time -and the production volumes are not there yet. PVC seems to be here to stay. And if it stops working, well, it can always be recycled and start a new life.