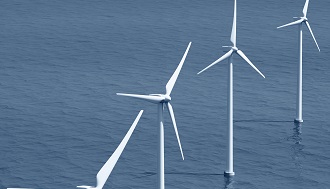 Prysmian, supplies cables for the Niagara Wind Farm Project, one of the largest wind farms in North America

Milan, 6 November, 2015 – Prysmian Group, world leader in the energy and telecom cable systems industry, has been awarded a new order for a total value of around € 16 Million for power transmission and distribution cabling of an onshore wind farm project in the Niagara Region of North America.

The contract was awarded by NCS International Inc. for the MV power and fibre optic cables, and Eptcon Ltd for the HV cables. The Niagara Wind Farm is the 5th largest wind farm in North America, which includes 77 3.0 MW wind turbine generators, resulting in a combined capacity of 230 MW (enough to power 70,000 homes). The turbines are grouped into ten collector circuits that bring power to substations via 34.5 kV underground cable. The fibre optic cable will be used to collect and transmit critical wind condition information from each turbine.

The Group will supply 25 km of 138 kV underground cable with aluminum conductor and XLPE insulation and 650 km of 35 kV MV power cables to interconnect the wind farm to Hydro One Networks. Prysmian will also supply the HV outdoor terminations and Click Fit® jointing systems along with direct burial fibre optic cable. The medium voltage and high voltage cables will be supplied from Prysmian Group factories in Prescott, Ontario (Canada) and Abbeville, SC (USA) with the fibre supplied from Claremont, NC (USA).

“This project re-affirms the company’s leading supply position in North America within the power transmission and distribution systems for the renewable energies market”, stated Scott Roberts, Vice President, Energy & Infrastructure, North America. “The project has very tight timeline requirements for supply and by utilizing the capacity provided by completion of the second VCV line at the Abbeville, SC plant, we are uniquely positioned to meet project demands.”

In addition to providing further confirmation of the validity of the Group’s know-how and technologies for application in underground power transmission and distribution, this new project also underlines Prysmian’s leadership role in a strategic region like North America, where the Group can rely on a number of projects completed or on-going including some of the most strategic submarine power interconnections worldwide, such as Neptune (Long Island to New Jersey), HTP (Hudson River Crossing New Jersey to Manhattan), TBC (San Francisco Bay crossing).