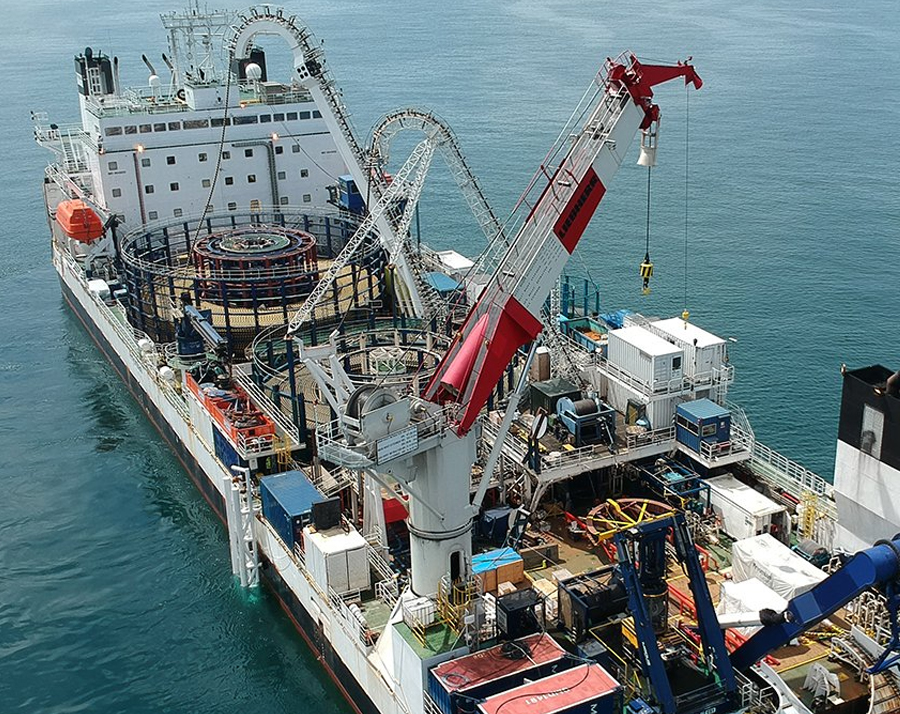 The contract was awarded by Alstom Grid on behalf of the Dutch-German grid operator TenneT. Prysmian Group provided the design, supply and installation of the cable systems.

Prysmian had secured this project in February 2013, with a contract awarded by Alstom Grid (now GE Grid GmbH) on behalf of the Dutch-German grid operator TenneT.

DolWin3, the third offshore grid connection in the ‘DolWin’ cluster, links the offshore converter platform DolWin Gamma, located approximately 85 km offshore in the North Sea, to the German mainland with the purpose of transmitting clean and renewable energy into the national grid. As a one-stop-shop service provider, Prysmian was responsible for the supply, installation and commissioning of the High Voltage Direct Current (HVDC) ± 320 kV extruded submarine and land power cable connections with a rating of 900 MW and the associated fibre optic cable system, covering a 78 km land route and an 83 km subsea route.

The cables were produced at the Prysmian Group’s centres of technological and manufacturing excellence in Arco Felice (Italy), Pikkala (Finland) and Delft (The Netherlands).

“We are very proud of having contributed to the development of such an important renewable energy project proving our ability to provide tailor-made submarine cable solutions to support the growth of clean energy in Northern Europe,” stated Hakan Ozmen, EVP Projects, Prysmian Group.

The completion and handover of this important project further confirms the Group’s ongoing successful relationship with TenneT, which in recent years has awarded a total of seven HVDC grid connection projects to Prysmian, including BorWin2 & BorWin3, HelWin1 & HelWin2, SylWin1 and the recently awarded DolWin5.