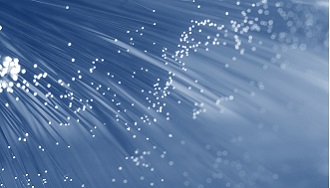 Multimode systems based on OM4 and VCSEL technology provide a low cost and power efficient solution for 100 Gbps data center networks based on parallel multimode fibers. The IEEE recently standardized these systems as 100GBASE-SR4, providing a maximum reach of 100m on four parallel OM4 fibers. There is significant effort in the industry to increase the capacity of multimode fibers (MMFs). One such activity is to develop WideBand MMFs capable of SWDM transmission using high speed VCSELs between 850nm to 950nm.

The unique advantages of SWDM technology allow users to leverage their installed duplex MMF at 40 or 100 Gbps, using four VCSELs operating at different wavelengths multiplexed onto a single strand of MMF, thereby requiring only one transmit fiber and one receive fiber. This provides the ability to easily migrate from 10 to 40 or 100 Gbps over the same long reaches of duplex MMF previously used for 10 Gbps.

Prysmian Group will be one of the main participants of ECOC 2015, with 7 presentations about innovations in next generation optical fibers including WideCap-OM4 and SWDM technology, and exciting results on space division multiplexing and few mode fibers in access and long-haul optical networks.

Join Prysmian and Finisar as they present their findings at the ECOC 2015 technical conference in Valencia, Spain, on Tuesday September 29th.