Prysmian grows in Russia and Kazakhstan 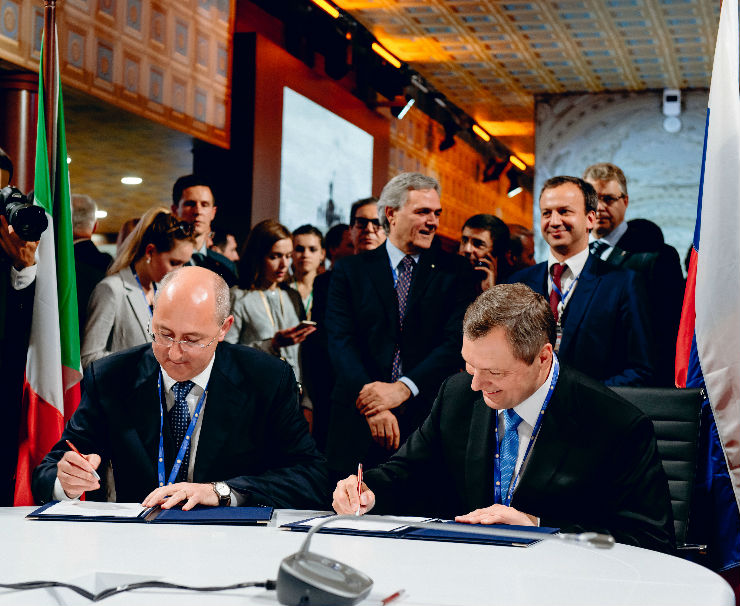 In detail, the Group has been awarded the contract to build a connection to the electrical grid that will use a HV cable system (220kV) to link up a plant operated by RusHydro — one of the leading Russian operators in the energy production sector — located in the far eastern portion of the country, in the area between Vladivostok and Khabarovsk. In the meanwhile, in the St. Petersburg area, the 110kV system connecting a sub-station of the Rosseti group to the electrical power transmission grid is about to be delivered.

In Kazakhstan, Prysmian Group has also just delivered two high-voltage cable systems that are part of the infrastructure development project in the area that will host the 2017 Winter Universiade in Almaty. The order includes a new 110kV cable system and an underground 220kV cable system, the first produced entirely at the Group’s facility in Rybinsk.

The significant, strategic agreement signed a few days ago with the Russian transmission grid operator Rosseti during the St. Petersburg International Economic Forum (SPIEF 2016) is further proof of Prysmian Russia’s constant growth. The contract governs the supply of very high voltage cables manufactured at the Prysmian plant in Rybinsk (Russia), the development of new technologies that will allow for improved safety and increased energy efficiency, and the identification of sites for pilot implementation of the Group’s innovative solutions.

The agreement allows for the use of a new type of insulation for 6-500kV HPTE cables and an innovative system for monitoring partial discharge in the primary electrical system and cable systems of a Rosseti’s affiliated company. This agreement will permit the exchange of valuable technical and scientific information, the improvement of production processes and the introduction of both innovative technical systems and ready-to-use solutions.

“We are proud to be able to work with a prestigious partner such as Rosseti,” commented Cesare Biggiogera, CEO of Prysmian Russia. “This partnership, which when fully operational could generate additional sales of €50 million a year, is a further sign of our coverage of a particularly vast region in which the development of new electrical power transmission infrastructure and the modernisation of existing equipment offer great opportunities. Our Group will be able to provide its cutting-edge technology and expertise to government entities and state-owned and private companies, also thanks to our new plant in Rybinsk, in the Yaroslavl region.”