Prysmian Continues Investing in the Most Competitive Areas in Europe 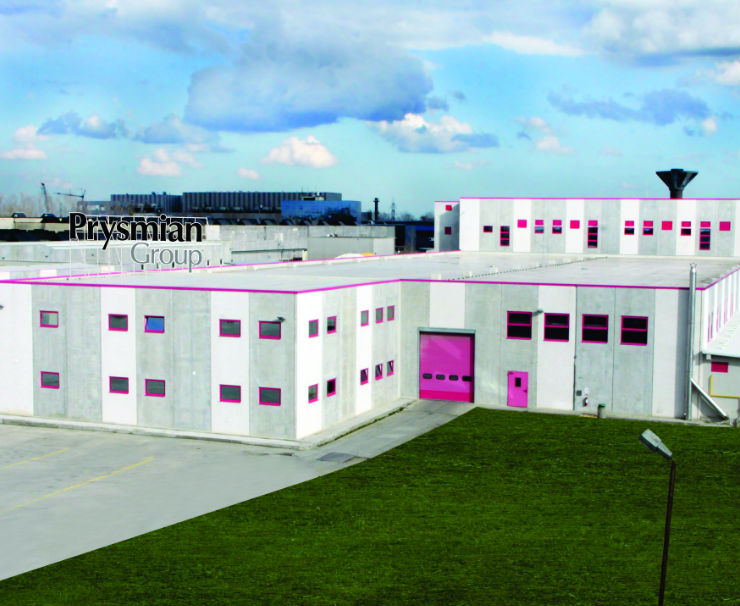 Prysmian Group, world leader in the energy and telecom cables and systems industry, will open two new plants for the production of telecommunications and data cables in Europe.

The plants are being built as extensions on already existing factories located in Slatina, Romania, and Presov, Slovakia and will be opened in the coming months. Both plants will be the biggest in Europe for their category once they reach full capacity at the beginning of 2017. Official inauguration ceremonies will take place in early 2017 to celebrate this unusual and even more significant event for the European cable industry.

The Slatina factory started its manufacturing activity in 1973 with production of energy cables before introducing the first module for the production of optical fibre cables for backbone and access networks in 2009. After big investments in 2013-2014, the total yearly production capacity for optical cables grew to almost 4,500,000 fkm. With Prysmian’s new investment of 22 million Euro the factory’s production capacity is predicted to reach 8,000,000 fkm.

“With a manufacturing history of almost 140 years, Prysmian Group is one of the largest cable companies in Eastern Europe with six production units based in Romania, Hungary, Slovakia and Czech Republic” stated Francesco Fanciulli, CEO Prysmian Group Central Eastern Europe. “It is extremely significant that two centres of excellence in Europe for the production of telecom cables are located in Eastern Europe. This confirms Prysmian’s commitment to invest in the most competitive areas in Europe, helping its customers deliver quality and innovation through faster, flexible and cost-effective deployments”.

“The investment in these new facilities is part of a major plan to increase our production capacity and further reinforce the Group’s competitiveness in telecom’s fast-changing market” said Philippe Vanhille, Senior Vice President Telecom Business at Prysmian Group. “Many developments are taking place in the current telecoms market. New players and services are constantly appearing and evolution in broadband is dynamic, especially in Europe. For this reason, as one of the major players in the telecom cable industry, Prysmian Group is continuously investing in this strategic sector in order to offer innovative technological solutions for the development of telecoms networks.”