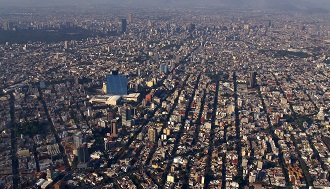 Prysmian Group, world leader in the energy and telecom cable systems industry will be building a new Telecom facility in Mexico.

The Mexican telecom market is experiencing continuous growth due to deregulation, increased demand for broadband services and Government policy to connect houses. The Central American market is also growing very fast driven by the needs of better broadband networks. Therefore, to reinforce its competitive position and benefit from the growing optical fiber cables market in Mexico and Central America, Prysmian is launching the investment of a new facility.

Prysmian Cables y Sistemas de Mexico, with headquarters in Durango and an office in Mexico City will build a telecom factory in Durango with an initial investment in machinery and new building of approximately 10.5ml USD with a capacity up to 2,000,000 FKm per year. Phase 1 of the investment will be accomplished in 2016 with a production capacity of 1million FKm/year. Phase 2 will be completed in 2017 bringing the total to 2,000,000 FKm in production.

“Mexico and Central America offer considerable scope for development in all telecom sectors in the near future, with broadband internet subscribers constantly growing in the next years”, states Toni Bosch, VP Telecom Solutions at Prysmian Group. “Investments in this area are therefore key to help Prysmian be ready to answer to the consequent increase in market demand and to support its customers in the region”.

Prysmian Group is worldwide leader in the production of optical cables, and one of the main producers of optical fibre, with a total of 28 manufacturing facilities globally. The Group has thus become the partner of choice for the main telecom operators, supporting them in the realization of some of their most important projects where the quality of its products and innovative cabling solutions have enabled the Group to tackle the most difficult challenges.