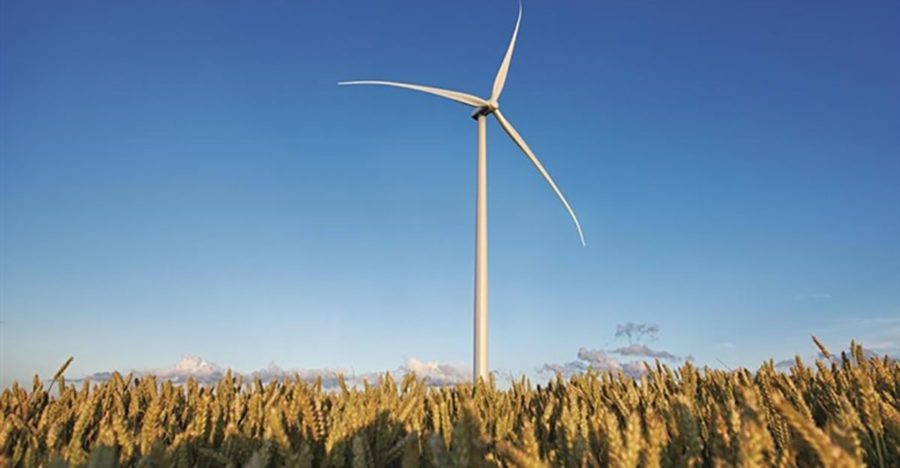 The Danish developer and operator of solar cell and wind turbine projects, Eurowind Energy A/S will, in collaboration with ALL NRG A/S, construct a wind farm in Energipark Veddum Kær Wind Farm in Mariagerfjord. NKT will supply 72 kv1-conductor cables and 36 kW 3-conductor cables for the project.

The project consists of dismantling eight existing wind turbines and then erecting nine new ones. ALL NRG, which is a supplier of project solutions to the onshore and offshore energy sectors, and assists wind turbine manufacturers and wind farm owners through all phases, is responsible for the design and installation of the cable element for the entire project.

After completing the tender phase, ALL NRG has chosen NKT as the supplier of 36 kW 3-conductor power cables and 72 kV 1-conductor cables, more specifically, types AXAL-TT and PEX-M-AL LRT.

The cables NKT will supply for the project will be used to transport the electricity internally within the wind farm, and towards the existing distribution network. The nine wind turbines can initially supply approx. 28,000 households with CO2-neutral power, at consumption of 4000 kWh/year. Energipark Veddum Kær Wind Farm is equipped for subsequent expansion for the production of electricity via solar cells and, in the long term, up to 26 hectares can be included for this purpose.

“We are proud that our cables are contributing to the green transition in Denmark and globally, as outlined by the current order for ALL NRG A/S. This is very much in line with the fact that NKT, as the first major producer of energy cables, has officially joined the Science Based Target initiative, with the ambition of becoming a net zero-emissions company”, says Nicolaj Bjerregaard from NKT.

Innovative cable technology for use in RE projects

AXAL-TT 36 kW cables are developed, among other things, for use related to renewable energy, and are particularly suitable for use in the Nordic environment. This cable type, which is produced at NKT’s factory in Sweden, is based on a unique construction, in which the shield wires are made of aluminium and surrounded by electrically conductive polymer, which doubles the protection against shield corrosion. Intact shielding ensures long-term, secure function and easy troubleshooting. The technological solution for AXAL-TT, combined with tried and tested materials, makes the cable a reliable choice that delivers value to the customer for many years.

The PEX-M-AL 72 kV cable has its origins in NKT’s range of 72 kW cables produced in Denmark. The cable excels, among other things, by being made with solid Al conductors, metallic combination screening, LRT (longitudinal and radially tight) and MDPE outer sheathing, thus providing a robust and well-proven construction for the current task.

The installation at Veddum Kær in Mariagerfjord Municipality, Denmark, is already expected to begin in the first half of 2021. In order to be able to offer and provide the quickest possible delivery of the cables to ALL NRG A/S, NKT has planned a co-production with other ongoing orders at the factories. NKT not only wants to be a supplier of well-proven and reliable cable technology but also a flexible and adaptable supplier, delivering the requested and agreed on cables for the customer’s given task. This is practicable with a flexible and adaptable production which, in close and daily dialogue with customer service, supply chain and sales, organises the production. This takes into account, and in co-production with, ongoing orders at the factories in Denmark and Sweden.

As the first major producer of energy cables, NKT has officially joined the Science Based Target initiative, with the goal of becoming a net zero-emission company. NKT is already committed to reducing its own CO2 emissions (GHG) by an average of 5% annually in accordance with the Paris Climate Agreement in order to keep global warming at 1.5°C above pre-industrial levels.