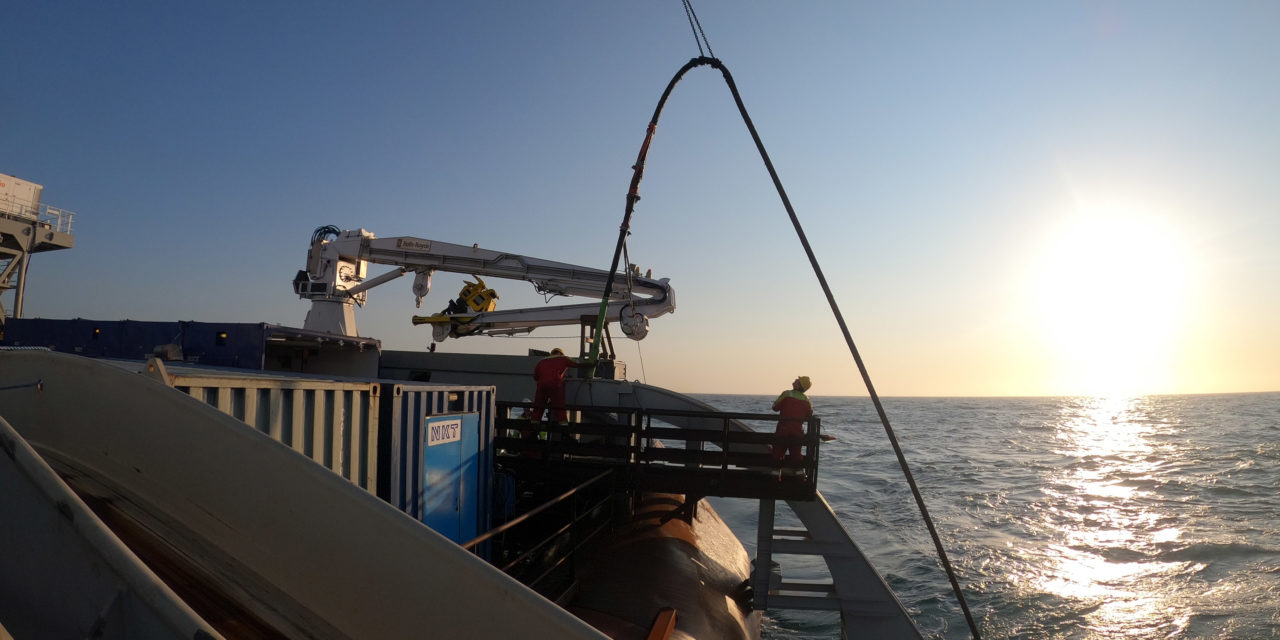 NKT was awarded the order to repair two interconnectors between Denmark and Norway. The operation has been successfully completed and the power cables Skagerrak 1 and 2 are now back in operation.

The national power grids between Denmark and Norway are connected through four HVDC-links crossing the Skagerrak strait with the capability to carry 1700 MW of energy between the two countries. When the Skagerrak 1 and 2 were damaged, the Norwegian grid operator Statnett awarded NKT the order for the cable repair of the 250 kV MI-insulated HVDC power cables. The operation was completed by mid-October after quick mobilization and efficient execution bringing the two power cable connections back in operation.

While the cut-and-seal operation and deburial were carried out by Statnett, NKT performed all other repair activities. A third-party construction vessel – Olympic Zeus – was quickly converted into a cable repair vessel by mobilizing NKT’s Cable Handling System. Additionally, NKT delivered the repair joint kits, performed the jointing, and cable burial.

– Time and accuracy are crucial for the success of power cable service operations to minimize the downtime of the cable connections essential for the exchange of energy between countries. Once again, we demonstrate that we are quick and efficient when mobilizing our skilled repair team and with our pool of pre-engineered vessels, we have one of the shortest mobilization times in the industry, says Axel Barnekow Widmark, Executive Vice President and Head of Service in NKT.

With the repair operation, NKT once again demonstrated the capabilities to successfully complete repairs of power cables from other manufacturers.