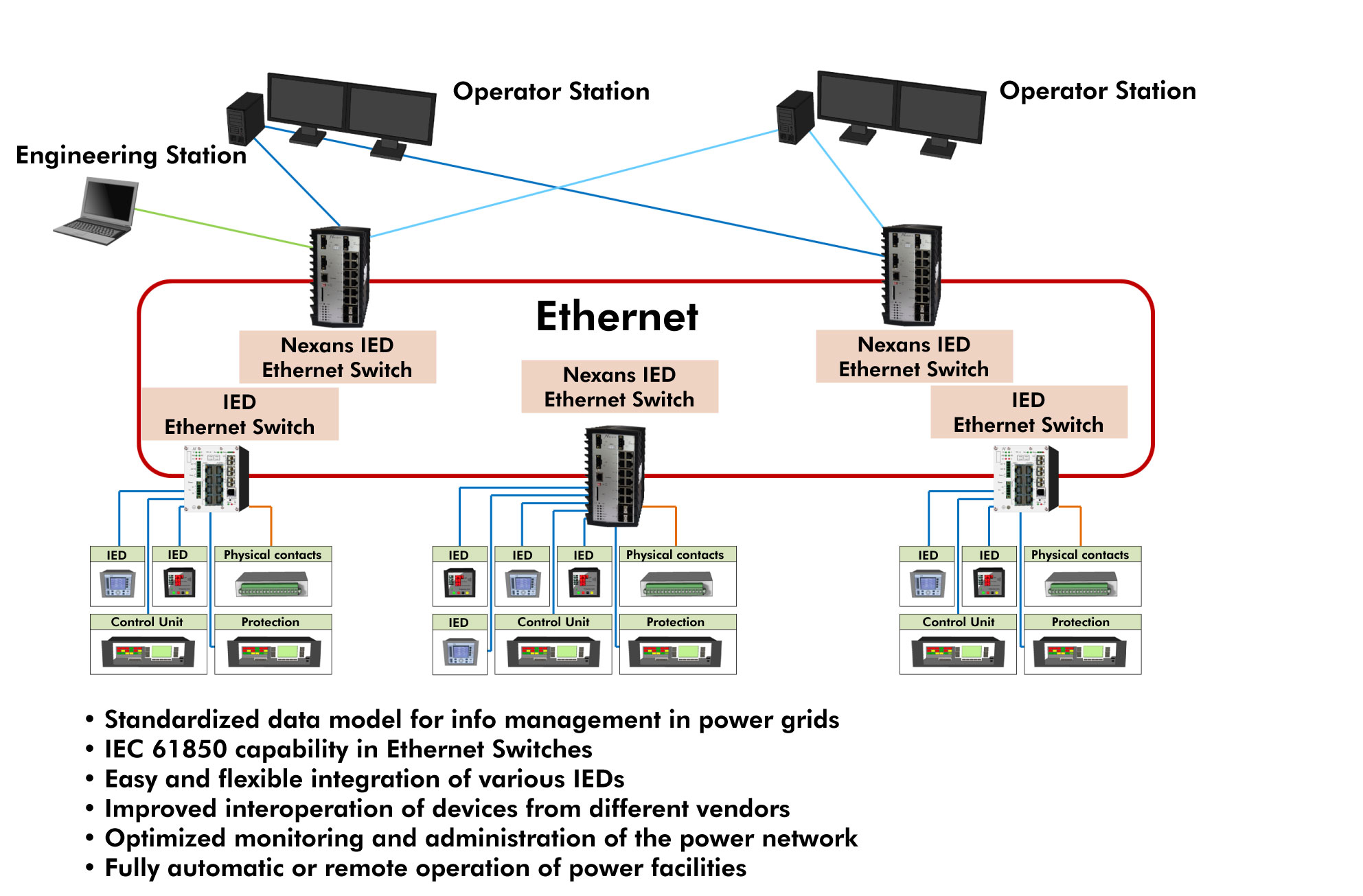 After successfully passing all of the IEC tests, Nexans now offers the iGigaswitch Series, which is able to communicate directly with all other devices on the power station network, streamlining interchange across various devices and network components. By speaking a universal language of IEC 61850, iGigaswitch provides customers with the ability to implement smart electrical grids where all the elements and components on the network speak with each other without any protocol translation.

The switches have up to 16 ports (RJ45 or Fibre Optic) to support Ethernet, Fast Ethernet and Gigabit Ethernet (10/100/1000 Mbps). They are designed for a wide input voltage and a wide operating temperature ranges. The E-Series operates between -40 degrees Celsius and 85 degrees Celsius. The series was developed to withstand harsh environments and is robust, compact, secure, and most importantly, high performing.

The switch enables effective grid operation by managing the current state of domestic and partner grids through intelligent electronic devices such as switch breakers and protection units.

The iGigaswitch Series is suitable for grid managers and electrical companies who wish to upgrade their systems in line with up to date certification schemes, giving them a competitive advantage.

Fjodor LAMM, Senior Product Manager for LANactive Systems at Nexans Deutschland, said, “As the first company to bring IEC 61850 iGigaswitches to the market, Nexans is reiterating its position as a market leader in technology and innovation. The iGigaswitch Series represents a significant shift in improving the quality and construction process of electricity grids while maintaining and supporting dependable feedback operations to ensure outstanding service.”