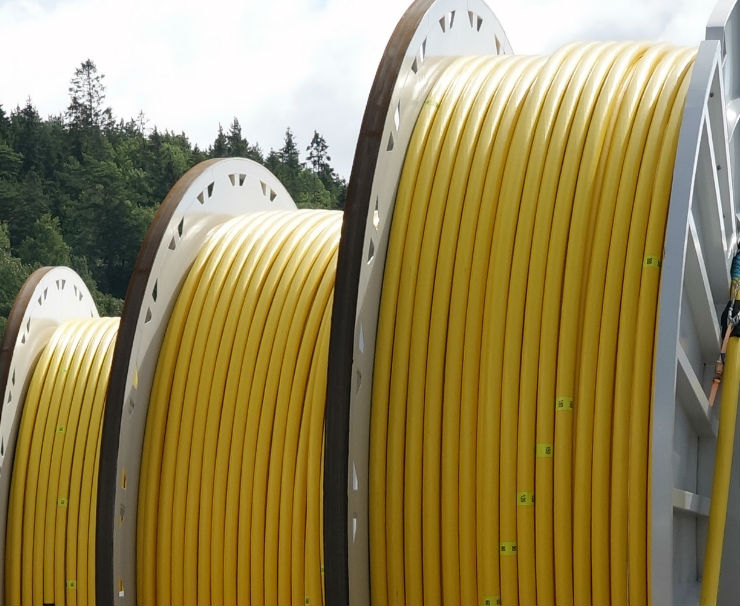 Nexans will deliver an innovative umbilical, 32 km in length combining power, signal and steel tubes as well as other services to OneSubsea and Woodside in Western Australia

Paris, July 25, 2016 – OneSubsea has ordered the umbilical and accessories from Nexans to develop the Greater Enfield development off the coast of Exmouth, Western Australia. The project, worth around 20 million euros, will be Nexans’ first to be installed in Australia.

The umbilical will be manufactured at Nexans’ plants in Halden and Rognan, and will be delivered in January 2018. It will be installed at a depth down to 915 m. To maximise the cost-effectiveness of the single unit umbilical it will comprise both dynamic and static sections.

Dirk Steinbrink, Senior Executive Vice President High Voltage & Underwater Cable Business Group at Nexans said, “We are excited to expand our reach around the world and our strong relationship with OneSubsea. Nexans has pioneered the development of power umbilicals which are a cost-effective way of supplying power, control and other functions to the sea floor.”

The Greater Enfield Project is a joint venture between Woodside Energy Ltd and Mitsui E&P Australia Pty Ltd. The oil field is 60 km from the coast of Exmouth. The oil field will be developed using a 31 km subsea tie-back to the floating production storage and offloading (FPSO) facility. The six subsea production wells and six water injection wells will produce around 69 million barrels of oil equivalent (MMboe). OneSubsea will supply subsea pumps for the project.

Nexans previously worked with OneSubsea on the Julia oil field project in the Gulf of Mexico. Nexans designed, manufactured and supplied an integrated power umbilical solution and termination hardware. Production of the field started earlier this year.