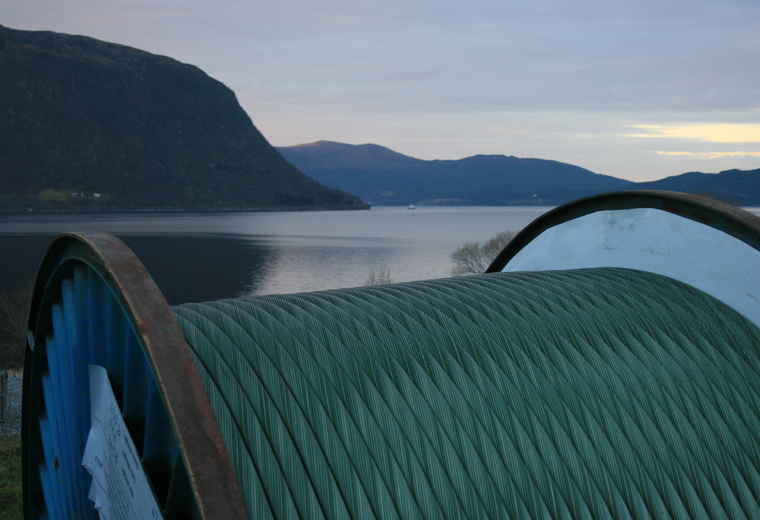 Statnett, Norway’s state owned power system operator, has energised 68 km of Nexans’ coloured conductors on its new overhead transmission line connecting central Norway to western Norway. The line will secure the supply of power in the region. Nexans’ coloured conductors have been used on 8.5 km of the line that run through a protected nature reserve, allowing the cables to blend in with the environment.

Nexans has used a unique surface treatment to manufacture the green coloured aluminium wires. This helped the conductors blend in with the environment, making it more acceptable to local residents. The patented treatment process is able to produce different types of conductors in almost all colours, and in contrast to traditional coatings methods it has no adverse effect on the aluminium wire substrate, the conductors remain easy to connect and the colour will not deteriorate over time due to UV exposure.

The coloured conductors have undergone electrical and mechanical tests, and a complete system was assembled with implosive fittings to ensure the conductors will behave as expected.

The 420 kV line was constructed to reduce the 8 TWh energy deficit in central Norway by increasing the grid capacity between a region with energy surplus to central Norway.. The deficit is equivalent to the annual power consumption of 400,000 single family homes. Statnett’s 297 km line will also facilitate  around 100 small hydropower schemes to the grid between Ørskog and Fardal.

Steinar Beurling, Electromechanical engineer at Statnett said, “We were looking for a solution that would allow us to reduce the energy deficit in central Norway, while maintaining the natural beauty in our country. Nexans provided a solution through its coloured conductors.“

Cyprien Federspiel, VP Sales & Marketing for Land High Voltage at Nexans added, “Nexans is committed to increasing access to energy. As the only manufacturer with this offering, we are pleased to help Statnett reinforce Norway’s grid.”