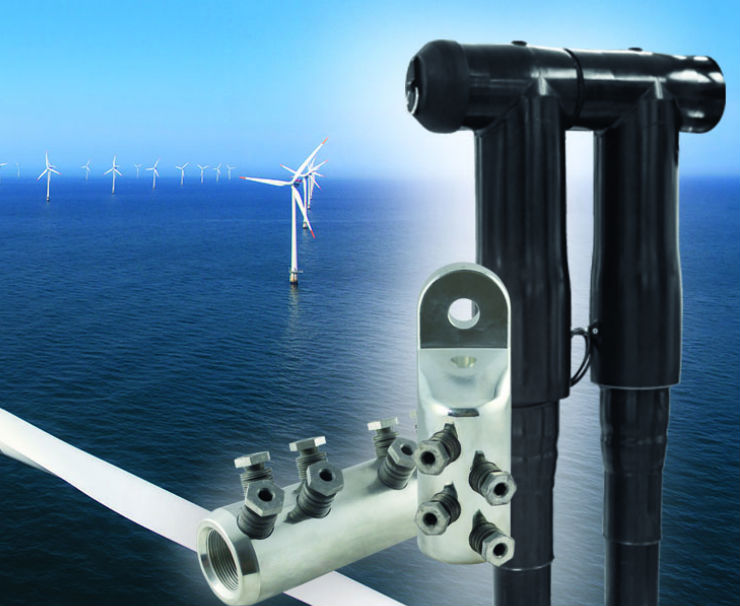 Paris, June 30, 2016 – Nexans is launching a new range of cable and power accessories to meet the growing demand for higher capacity windfarms. The new generation of power accessories with F-type outer cone comprising separable T-connectors, coupling connectors and surge arresters has been developed to operate at 72.5 kV.

To transmit the increased power between each individual turbine and collection platforms efficiently, Nexans has created inter-array cable systems able to operate at 72.5 kV instead of the traditional 36 kV. Transformer and switchgear OEMs have upgraded their designs to take into account the higher voltage.

All kits of Nexans connectors, terminations and joints include conductor contacts use patented GPH® mechanical connection technology, which is type tested according IEC 61238-1. GPH® mechanical connectors and cable lugs have been in use for 25 years. They are compatible with aluminum and copper conductors of the most designs. An innovative system of patented shear-off-head bolts ensures easy installation and the stability of electrical connections.