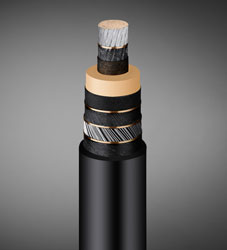 Paris, September 21, 2015 – Brazil’s first modern tramway is to benefit from enhanced reliability thanks to a partnership between Nexans and Alstom. The Porto Marravilha Tramway, a municipal government project in Rio de Janeiro will exclusively use Nexans’ cables. As part of the contract, Nexans will manufacture power, data and control cables for 32 trams.

The new tramway will connect areas across Rio de Janeiro including the Porto Maravilha region, the Central Station and Santos Dumont Airport, covering 28 km of the city. The line will receive no power from overhead lines. Instead, power will be supplied by a combination of a third rail and recycled energy from braking stored in a supercapacitor. It will be the first tramway in the world to use this combination of systems.

The contract is part of a wider redevelopment in Rio’s port area.

Alstom chose Nexans because of its track record of successfully completing rolling stock projects in South America and worldwide. In addition the Group developed an advanced supply chain management allowing delivery of the complete range of cables with short lead times

François Renier, Rolling Stock Segment Manager at Nexans said, “This contract strengthens Nexans’ existing relationship with Alstom. We are pleased to be part of the Porto Marravilha Tramway project, one of several ongoing projects with Alstom, and look forward to contribute further to the tramway network modernization in the region.“

Nexans teams in South America and Europe combine their expertise in manufacturing and delivering cables and solutions for this project.