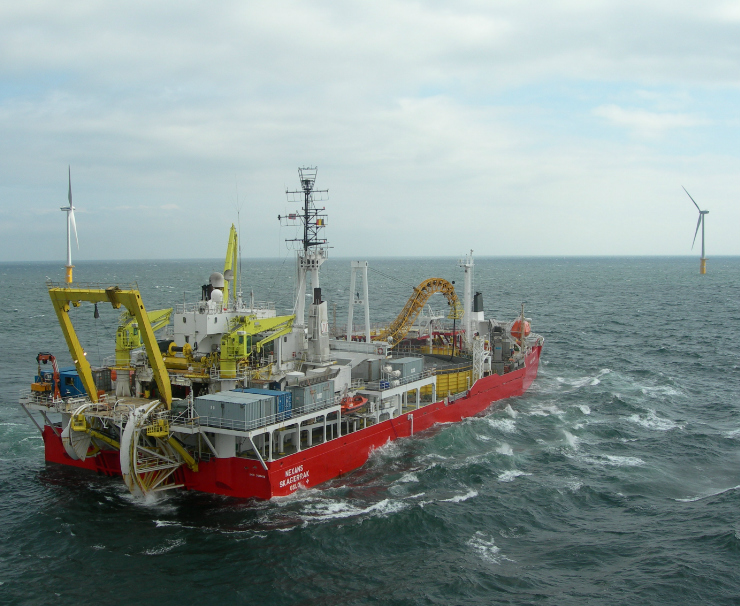 Beatrice Offshore Windfarm Ltd has chosen a consortium of Nexans and Siemens Transmission and Distribution Ltd to supply a transmission system to connect its new wind farm off the coast of Scotland to the grid. Nexans will deliver two complete 220 kV export cable circuits to help meet growing energy demands in the region. The development, once fully constructed and operational, could provide energy equivalent to the needs of more than 450,000 British households. The contract with Nexans is worth approximately € 245 million.

The turnkey contract will see Nexans manufacture and deliver two circuits of 90 km, with a total of 260 km of onshore and offshore cables. The offshore cables will be laid by Nexans’ unique cable laying ship, C/S Nexans Skagerrak and trenched for seabed protection by Nexans’ Capjet system.

The Beatrice Windfarm project is a joint venture between SSE Renewables Limited, SDIC Power of China and Copenhagen Infrastructure Partners. It is located 13.5km from Caithness in northern Scotland and will be operated and controlled from a base at Wick. The 588 MW wind farm will be made up of 84 7 MW turbines. Power will be carried by offshore and onshore cables to Blackhillock in Scotland to connect with the grid. Cables delivery will begin in summer 2016 with installation starting in autumn 2017. The wind farm will be operational by 2019.

Nexans is continually getting involved in more innovative projects, like the first floating wind farm. Nexans’ achievements in the industry include an intra-city extra high voltage system to reinforce the grid in Shanghai and 60 km of extra high voltage cables to strengthen the Belgian grid.