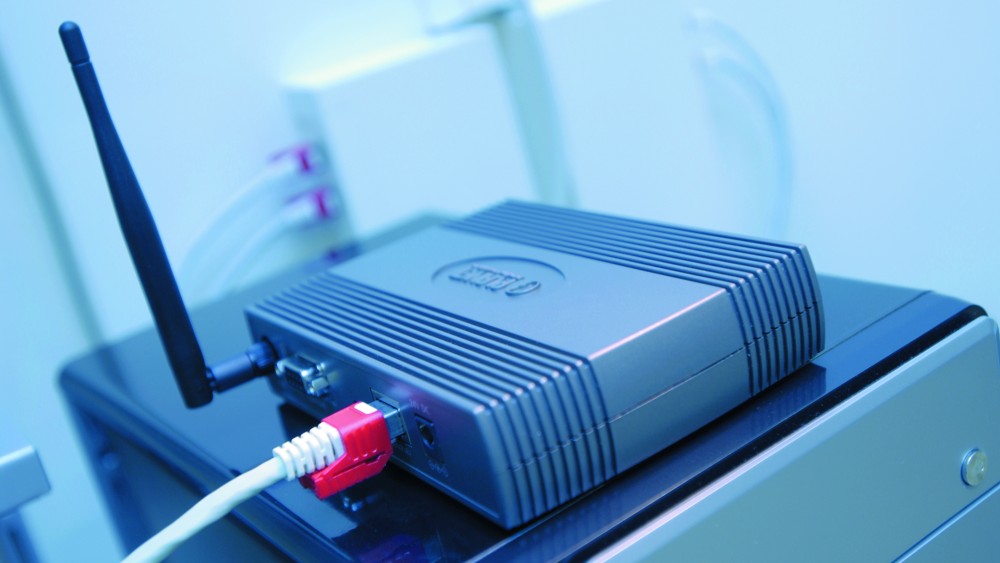 4-Pair Power over Ethernet, the power supply that uses all four twisted pairs of a LAN cable, should soon be able to supply connected devices with a power of a minimum of 50 watts and maybe even up to 100 watts. The IEEE 4PPoE standard is currently in progress, with the final version expected in 2017. In contrast to a number of previous standards that were rendered useless due to a lack of real life applications, demand for 4PPoE has been around for a while.

Having the power supply fed directly via a LAN cable can simplify professional building management like lighting control, monitoring, and access controls, and – more as a sideline – facilitate intelligent private home equipment. Last but not least, the simplified technology is set to gain a foothold in industrial environments, helping catchwords such as Industry 4.0, Internet of Things, and Smart Home find a place in real life.

One of the driving forces behind 4PPoE is IEEE 802.11ac, the latest standard for Wireless Access Points (APs) in the 5 GHz band, which is being implemented in two stages, or “waves.” Wave 1 offers variable bandwidths with up to 80 MHz per radio channel, and wave 2 up to 160 MHz. The important point to remember in corporate applications is that wave 2 expands the MIMO (Multiple Input, Multiple Output) technology to MU-MIMO (Multi-User MIMO): One access point can serve multiple clients at the same time. This technology prevents a slow “user” from sometimes taking up the entire capacitance, and therefore significantly increases the efficiency of the whole system. As a side note: “User” can be one of many devices in use at the workplace of a very efficient employee.

Higher efficiency also means a higher transmission rate on the LAN cables. The new APs could theoretically send up to eight separate, spatially bundled data streams through the “air” at up to 6.9 Gbit/s. In practice, the figure typically remains at 2.3 to 3.5 Gbit/s with three to four streams. A 1 Gigabit Ethernet connection on the line side is therefore not sufficient. Interim steps of 2.5 Gigabit Ethernet and 5 Gigabit Ethernet are therefore under discussion, in order to be able to continue using existing cabling installations that are not compatible with 10 Gigabit Ethernet. However, the next development step will render them obsolete, as IEEE is considering another fourfold increase in the transmission rate with 802.11ax.

With their higher capacities, the new IEEE 802.11ac APs also require more power. Whilst in the past they were satisfied with a typical power of 16 watts, they now require around 35 to 40 watts, for which 4PPoE is required.

The final version of the 4PPoE standard has not yet been released, but it is not just the second wave of the APs that is to be rolled out: There are a host of other applications round the corner. Two different groups of companies developed 2.5 and 5 Gigabit interim solutions in 2014, and each of them is hoping that their technology will be standardized by the new IEEE working group P802.3bz. Meanwhile, proprietary solutions, both for “odd” transmission rates and for higher currents via LAN cables, are available on the market. Solutions presumed to be in line with standards could later also turn out to be proprietary solutions. Therefore R&M advises against making hasty decisions. New installations should be planned future-proof and equipped with high-quality products, in order to avoid limitations or unpleasant surprises during the implementation further down the line.

When dealing with cabling, where purely physical regulations apply, it is a much clearer story. The suitability of an existing cabling solution for a specific transmission rate depends not only on the class – D, E, EA– but also on the length that is to be bridged. The allowable PoE power level for this cabling is determined predominantly by the conductor cross section and the installation situation of the cable. These factors must be taken into account from the planning stages and when selecting components in order to construct a future-proof cabling solution.

To determine the compatibility of existing cabling with 4PPoE or to define the requirements for new installations, R&M offers a PoE calculator that takes into account all relevant parameters, such as cable types, bundle thickness, and ambient air temperatures. The maximum link length of the cabling and the appropriate cable categories can be determined by entering just a few values into the spreadsheet.

In the White Paper “4PPoE – Parameters for Network Planning,” R&M provides information on the physical backgrounds. The document contains practical information for network planners and installers on how to prevent critical situations when using 4-pair Power over Ethernet.