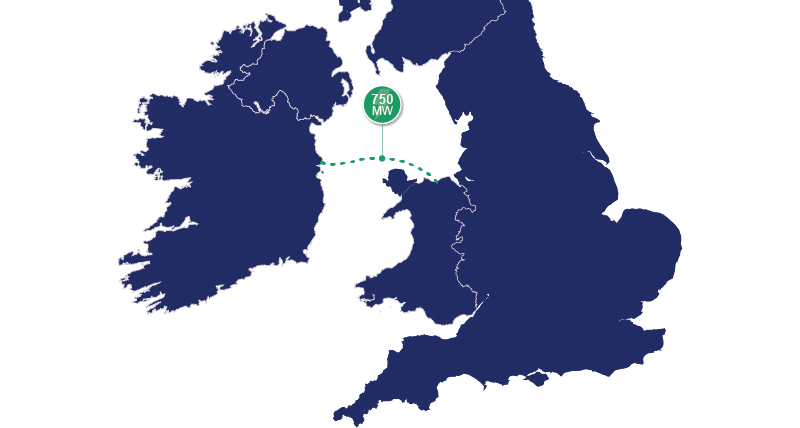 Ofgem’s licence grants MaresConnect the right to own and operate an electricity interconnector project in the UK and provides certain associated powers as a statutory undertaker.

MaresConnect is a proposed 750MW electricity interconnector linking the power markets of Ireland and Great Britain. The cable route is approximately 245km underground and under the sea between Dublin in Ireland and Bodelwyddan, Denbighshire in Wales. As part of Europe’s 2022 Ten Year Network Development Plan (“TYNDP”), MaresConnect is considered one of Europe’s most important energy infrastructure projects that will form part of a system that is secure, sustainable and affordable, and that integrates Ireland’s abundant renewable energy resources, thereby offering an essential contribution to the European Green Deal.

Simon Ludlam, CEO of MaresConnect, said: “Securing an interconnector licence is an important step for us to position the project for its application for Ofgem’s third Cap & Floor window and to advance our route planning strategy and engagement with community stakeholders. MaresConnect will increase interconnector capacity between Ireland and GB by 50% and make a material contribution to Ireland achieving its 2030 environmental targets as well as providing a cost-efficient export route for Ireland’s growing offshore wind sector.”

MaresConnect secured a 750MW grid connection at National Grid’s Bodelwyddan substation in 2018 and procurement for the major onshore survey contracts is currently underway. Following the current development, the project is expected to have a three-year construction programme leading to operations in 2027.