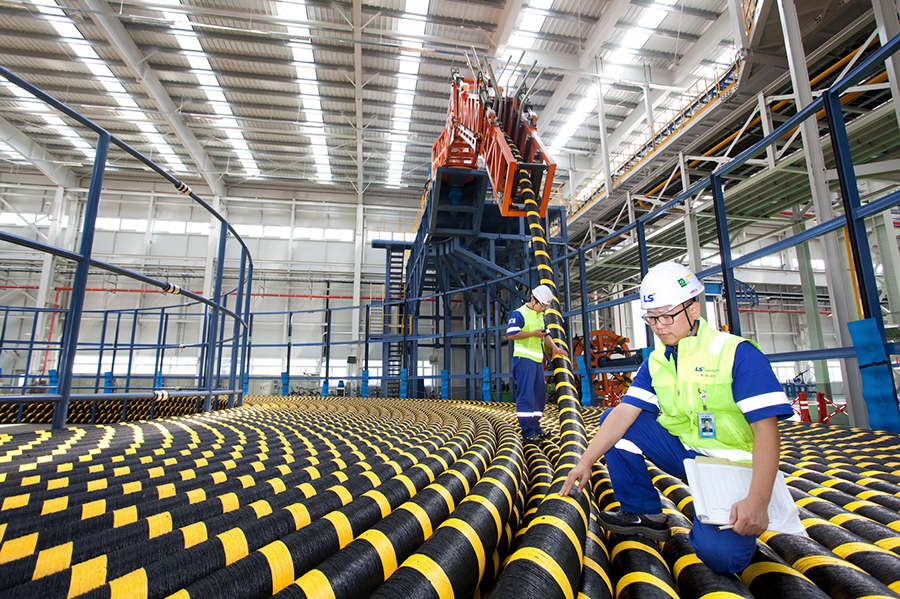 LS C&S has won a turnkey contract for the submarine cable project worth approximately USD 85 million from Bahrain.

In this project, Bahrain EWA (Electricity & Water Authority) connects the 25km between the main island and Hawar Islands in the Southeast of the main island with submarine cables. Saudi based ALGIHAZ Contracting Co has been awarded as a prime contractor for this project from Bahrain EWA to do the entire connection. LS C&S will take charge of submarine portion of the connection on turn-key basis from product supply to electric works and installation works, and the project is scheduled to be completed in September 2021.

Hawar Islands in the Gulf Coast are an archipelago whose total area is about 2/3 of that of Ulleungdo Island. As they are blessed with a wonderful natural environment, the Bahrain government is developing them as a tourist complex in earnest. To preserve the environment-friendly ecosystem, Bahrain is planning to build a submarine power grid that sends electricity from the main island rather than constructing a power plant on the islands.

This project is part of the environment-friendly project pushed forward by the Gulf Cooperation Council (GCC), and major cable makers in Europe and Japan which is trying to expand the global business presence in the future, competed fiercely to win the contract.

“As the power grid is also closely related to national security and social unrest due to blackout, economic thinking alone will not determine suppliers,” said Roe-hyun Myung , President & CEO. “LS C&S is capitalizing on its products and construction competency to expand its advance into overseas and increasing domestic investments as well.”

LS C&S dominated the Taiwanese submarine cable market worth USD 420 million in 2019, and the business has already begun to grow in earnest. So, the company invested about USD 42 million in Donghae, Gangwon-do, and plans to complete a second plant this coming March.