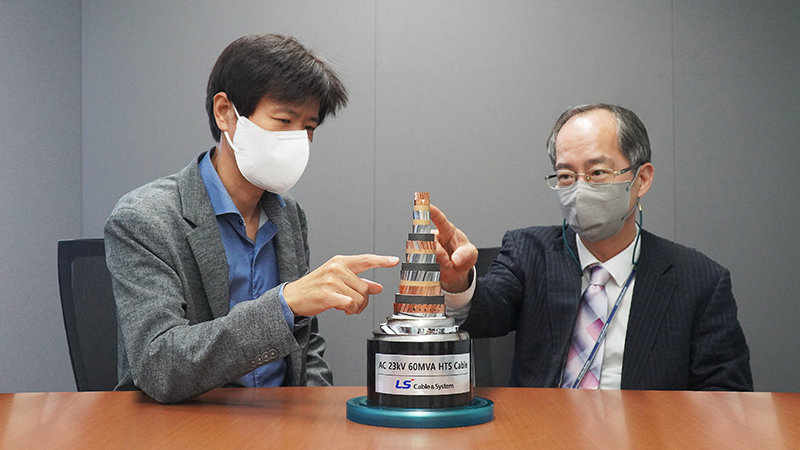 The superconducting cable has almost no power loss during transmission and is capable of large-capacity transmission. Since it does not generate electromagnetic waves, it is called a representative environmentally friendly energy product.

This next-generation product dramatically improved the structural design of the superconducting layer, and reduced the production cost by more than 10% while increasing the power transfer rate by more than 20%.

“The superconducting platform business can reduce the size of substations to less than one-tenth of the existing ones, and reduce deployment costs by more than 30%,” said an official of LS Cable & System. “Its usage will increase mainly in urban areas where it is difficult to expand power facilities.”

“Thanks to the global ESG management trend, the superconducting business is expected to expand mainly in North America and Europe,” LS Cable & System President & CEO Myung Roe-Hyun said. “Based on our domestic commercialisation experience, we will strive to enter the global market as well.”