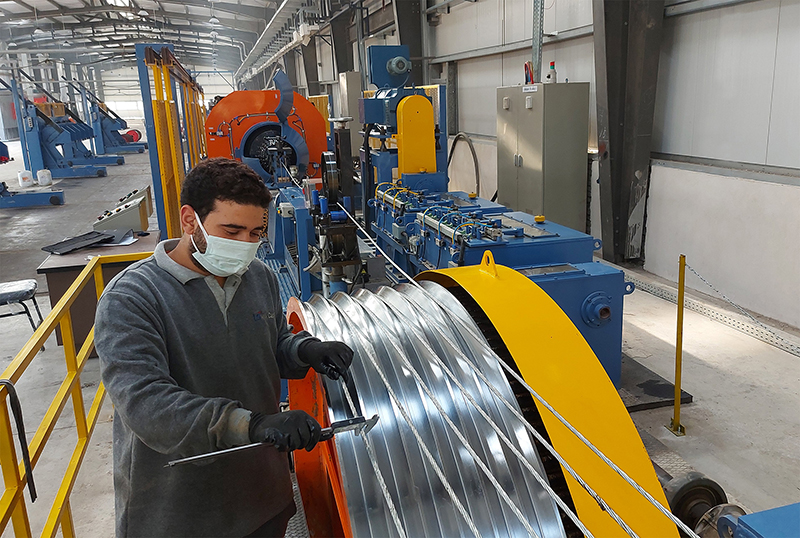 LS Cable & System established a joint venture (LSMC: LS MAN Cable) with a local cable installation company, MAN, in an industrial city (10th of Ramadan City) near Cairo on January 2020. It will produce overhead transmission lines that are mostly installed on the pylons between power plants and substation.

LS Cable & System recently signed a contract with the Egyptian Electricity Transmission Company to supply cables for the new power grids being built for new towns currently under construction, and began mass-production as soon as it completed the new plant.

“Export barriers are rising due to the forming of regional economic blocks around the world,” said Myung Roe-Hyun, President & CEO of LS Cable & System. “We will reinforce our competitiveness by directly investing in key hub countries.”

The Egyptian cable market is growing by more than 5% annually due not only to population growth but also due to construction of a new administrative capital and the ongoing need to replace and upgrade old power grids.

“There is a high demand for power cables in Africa, including Egypt, but export barriers are high due to the high tariffs (about 20%) and logistics costs,” said an LS Cable & System official. “We are planning to secure price competitiveness through local production and use the customer networks of our partners to get the business on the right track as soon as possible.”

The company is planning to expand its market presence to East African and Middle Eastern countries, which have a Free Trade Agreement (FTA) with Egypt.

With the addition of the Egyptian subsidiary, LS Cable & System now has a total of eleven overseas production subsidiaries around the world including those in the US, China, Vietnam and Poland.