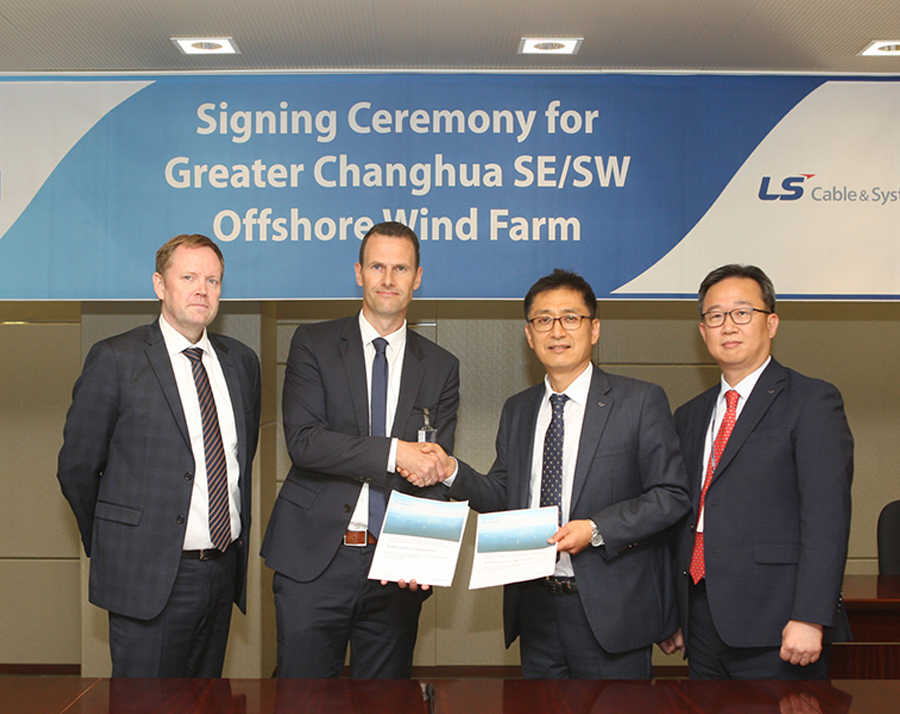 On July 12th, LS Cable & System announced that it was awarded a submarine power grid construction project in Taiwan.

LS C&S entered a contract with Ørsted, Denmark’s national energy company, for which it will be supplying submarine cables to the Changhua Province offshore wind farm complex located in western Taiwan until 2021.

This is the largest of offshore wind farm complexes scheduled to be built by 2025.

Taiwan has plans to invest approximately $23 billion in the first round of investment by 2025 to increase the nation’s portion of energy derived from renewable sources from 5% to 20%. Annual power generation of Changhua Province is 900MW, which is a core energy producer that will account for approximately 16% of the total power generation of the first round of the project, which is 5.5GW.

President & CEO Roe-hyun Myung of LS C&S said, “LS C&S entered the submarine cable business in 2009 and has since completed large projects in Europe, North America, the Middle East and other regions. Within just ten years the company has gained global competence. Offshore wind power development is becoming more active, especially in Europe and Asia, and continuous growth of the submarine cable business is expected.”

Through successful completion of numerous submarine and underground cable projects, LS C&S has built a cooperative relationship with Ørsted, a key partner in the Hornsea Wind Farm of the U.K., which is the world’s largest wind power generation complex.

Established in 1972, Ørsted is an energy company that is 51% owned by the Danish government. The company is working on new renewable energy projects all over the world.