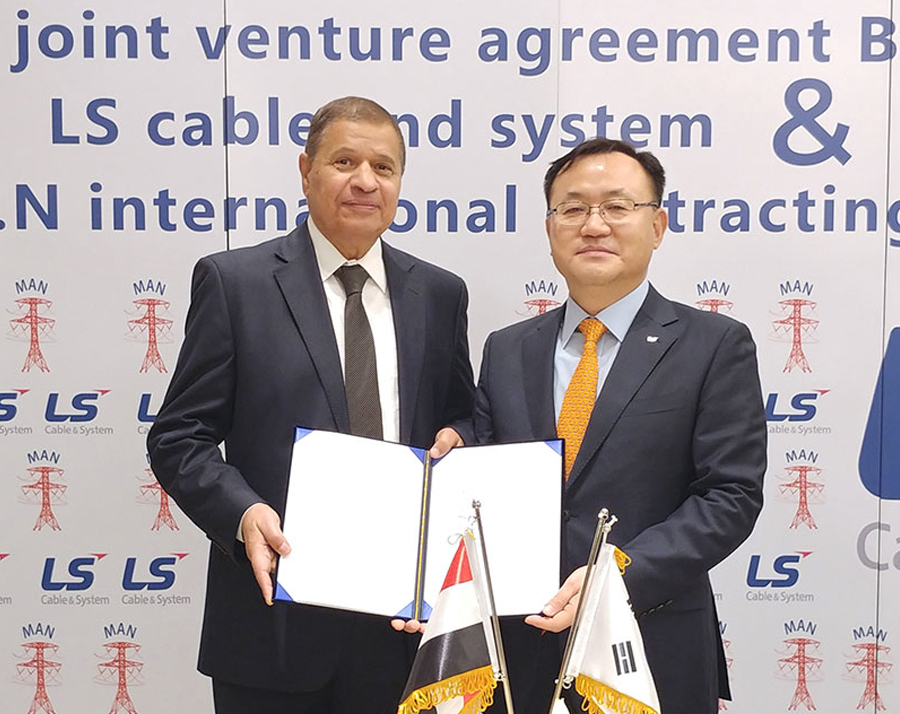 On November 21, LS C & S (President & CEO Roe-hyun Myung) announced that they will be establishing a joint power cable subsidiary in Egypt.

This is LS C & S’s first production subsidiary in Africa. With Egypt as the hub, they will be expanding their market presence into Africa and Middle East countries.

The JV will complete construction of a factory in the 10th of Ramadan City near Cairo by the end of 2020 and produce overhead power cables. The construction cost for overhead wires installed on steel towers between power plants and substations is lower compared to underground lines, and the demand is increasing in Africa, Middle East, Asia, etc.

Egypt accounts for 15% of Africa’s cable market, and demand is continuously growing due to urbanization. However, the competitiveness of Korean companies seeking to export products has been weak due to tariffs that are as high as 20% not to mention logistics costs and so on.

Furthermore, LS C & S expects that exports will be secured for countries with whom Egypt has signed a Free Trade Agreement (FTA), such as African, European, and Middle East countries.

With the establishment of its Egyptian subsidiary, LS C & S now has a total of 11 overseas production subsidiaries, including those in the U.S., China, Vietnam and Poland.