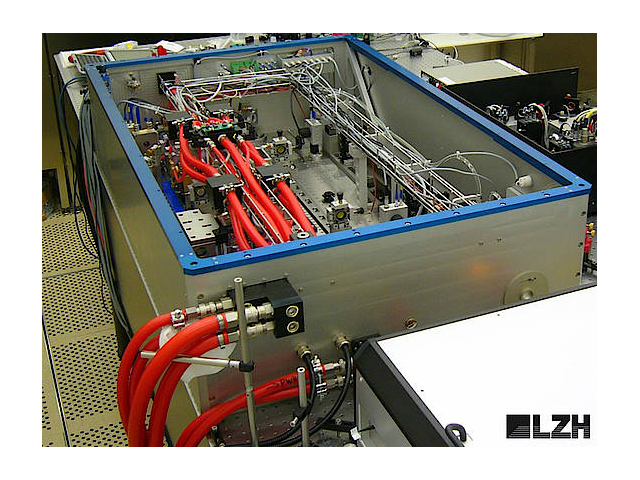 Special optical fiber cables are part of the LIGO detectors

Nuremberg – Leoni, the leading European provider of cables and cable systems to the automotive sector and other industries, supported finding the evidence for gravitational waves with special optical fiber cables in a joint project with Laser Zentrum Hannover.

An international team of researchers succeeded in showing the collision of two black holes on the basis of gravitational waves, thereby providing the first metrological evidence. The Max-Planck-Institute for Gravitational Physics Hannover (Albert Einstein Institute), the Laser Zentrum Hannover (LZH) and the neoLASE GmbH were significantly involved. The laser head used in the measuring equipment was developed and built by Laser Zentrum Hannover and fitted with assembled special cables from Leoni’s Business Unit Fiber Optics.

The two LIGO observatories (Laser Interferometer Gravitation Wave Observatory) in Hanford, Washington, and Livingston, Louisiana, measure, using their two arms that are each 4,000 metres in length, the smallest wavelength differences with an interferometer and make it possible to detect gravitational waves in a specially developed process.

“We are delighted about these trailblazing findings as well as the metrological achievement of all the researchers and institutes involved – and we are proud that Leoni is part of it,” Dr Michael Gawronski, Vice President Business Unit Fiber Optics emphasized.

In collaboration with Laser Zentrum Hannover, Leoni supported the development of laser systems for the LIGO gravitational wave detectors with special optical fiber cables that transmit the pumped radiation of the laser diodes onto the crystal. They consist of 70 to 100 metre long, assembled bundles of seven LargeCore fibers each with a core diameter of 400µm and seven single arms, the bundle ends combine all the fiber ends in a cuff.