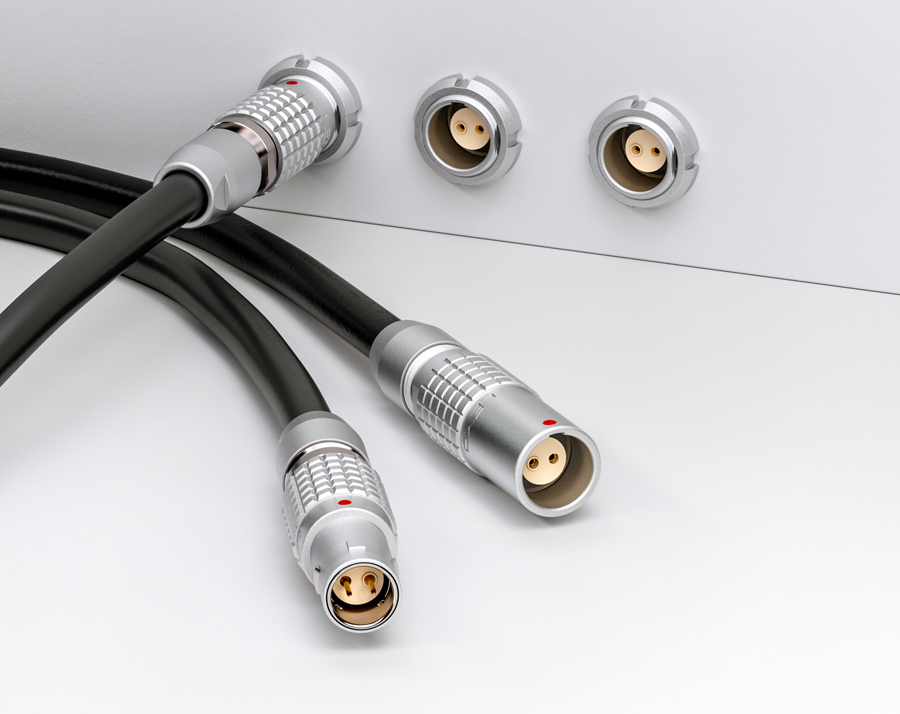 Based on transmission standards (IEEE 802.3), single-pair Ethernet (also called SPE or 1000Base-T1) is integrated into new generations of automobiles.

1000Base-T1 is designed to operate over a single twisted-pair copper cable supporting an effective data rate of 1 Gbit/sec in each direction simultaneously. LEMO provides two types of insulators 0B.511(2 contacts) and 1B.512 (4 contacts + screen) compatible with Unshielded Twisted Pair (UTP) and Shielded Twisted Pairs (STP). The new product is available in the B series and also in a watertight version – the T series connector. The connectors are initially designed for automotive and industrial data transfer. The role of SPE is also to gain space and weight (with a more simple cable) and can be used in other markets such as machine, robotics and rail technology.