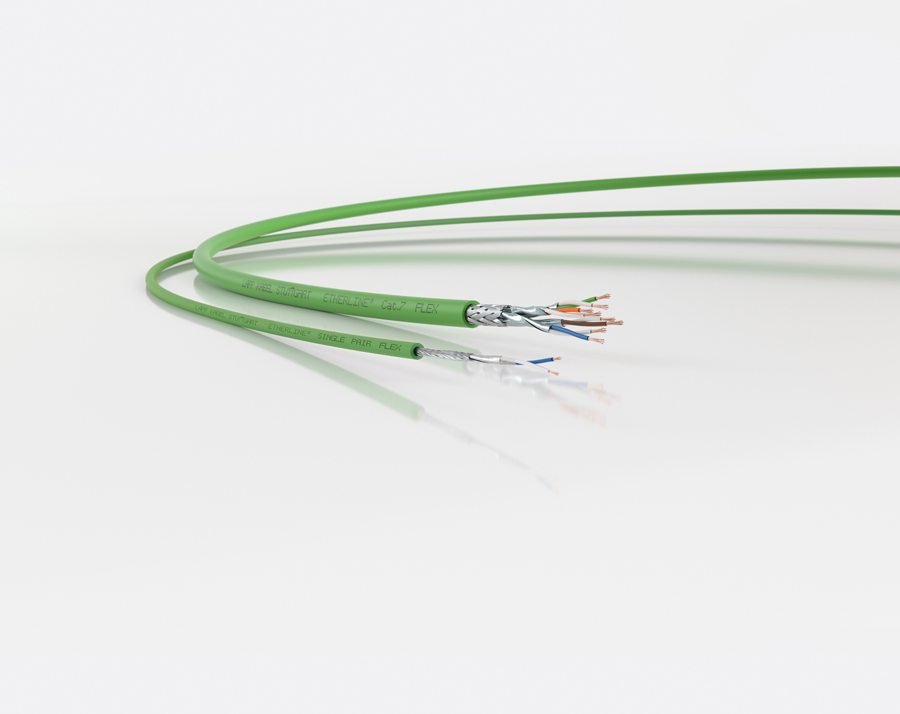 Single-pair Ethernet (SPE) is the technology of the future. It allows for continuous real-time data transfer right up to the field level. Two years ago, LAPP presented the first single-pair Ethernet cables. However, there is still a lack of consistency when it comes to connector standards today. Several suggestions have been introduced into the standardisation process and are now competing to win the favour of users. LAPP has now decided to join the SPE Industrial Partner Network.

“We urgently need uniform transmission standards now in order to bring the new IIOT technology into factories quickly. In our opinion, the SPE Industrial Partner Network solution has the greatest potential,” emphasises Georg Stawowy, Member of the Board for Innovation and Technology at Lapp Holding AG.

By joining the network, LAPP, the global market leader for integrated cable and connection technology solutions, wants to make a mark, with the aim of helping the technology finally break through to the mainstream. Single-pair Ethernet could soon be a meaningful addition to Industrial Ethernet, which is common at the moment. The reason for this is that both Cat.5 and Cat.7 cables are too large for connecting individual sensors at field level in factories. Single-pair Ethernet cables are the better alternative here. Instead of four pairs of conductors, they have just one. This saves up to 75 per cent of the time when connecting the cores – and it goes without saying that a cable with two cores costs less than one with eight. These cables are also thin, so they are great when space is at a premium. Two years ago, LAPP presented the first single-pair Ethernet cables for industrial use. Today, the range also includes cables for flexible applications, for example for cable chains, and offers core crosssections of AWG 26 to AWG 18.

For LAPP, it’s not just about cables. The Stuttgart-based family company also wants to provide its customers with the complete industrial network solution for SPE. However, much smaller connectors are required for the thinner cable. There is still no standardised connector standard to this day. That is slowing things down.

Ralf Moebus, Head of Product Management Automation at LAPP says: “Since incompatible components hamper market penetration, it is important for us to develop a standard to help the products break through.”

This is why, with its membership, LAPP is supporting the SPE Industrial Partner Network. The main goal of this group of companies is to drive technologies based on SPE related transmission standards which are standardized in IEEE 802.3 and IEC SC46C. In particular the SPE industrial Partner Network is focusing on the unified device interface T1 Industrial according to IEC 63171-6 as well as SPE cables according to IEC 61156.

Why? In the industrial sector, Ethernet networks are standardised by user organisations for specific systems. PI – Profibus International for PROFINET and the ODVA – Open DeviceNet Vendors Association for ETHERNET/IP have already set up working groups that draw up the use cases and system specifications for SPE in the industrial sector. This is another important milestone for ensuring standardised installation taking into account industrial requirements and thus promoting further distribution.

The benefit is that SPE opens up the opportunity to implement consistent Ethernet installation across all levels of the automation pyramid, from the sensor/actuator level right through to the cloud. Previously, devices from the sensor/actuator level in particular have largely not been integrated directly into the network, but are integrated via signal converters or gateways by means of a complex process. Conventional Ethernet was often not economical for direct sensor/actuator integration. SPE can help here. Cables with fewer cores and smaller dimensions result in new, more economical connection options. However, even in control cabinets (which are often extremely cramped), SPE can also contribute to ensuring cost efficiency by reducing the space required for the components. SPE also enables longer distances. Copper-based Ethernet is now limited to a cable length of 100 m. SPE can be used up to a distance of 1,200 m. These possibilities make SPE an important technology for smart factories and realising Industry 4.0.