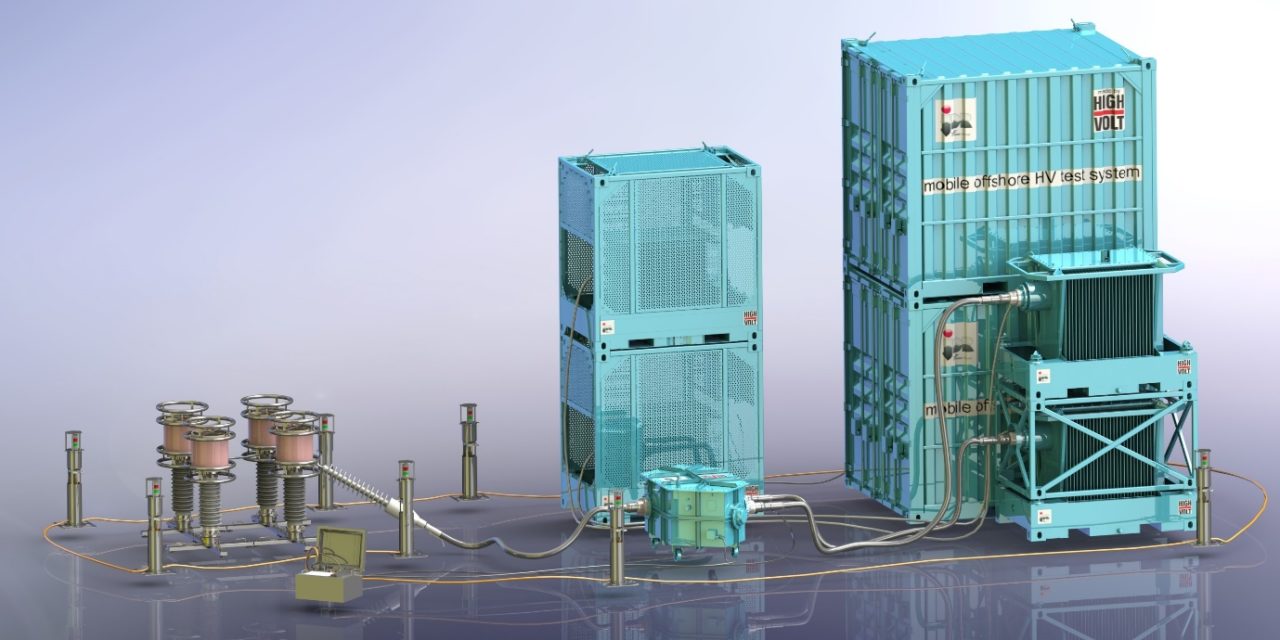 JDR has adopted a state-of-the-art Resonant Test System (RTS) to support its offshore windfarm commissioning projects. The test system is designed and manufactured in Dresden, Germany, by HIGHVOLT. It is purpose-built for post-installation testing of 66 kV offshore inter-array cables (IAC) according to the international standard IEC 63026.

RTS is well established in the onshore transmission and distribution sector in which HIGHVOLT is an established market leader with over 250 systems already in operation globally. The new test system will be DNV certified and smaller in scale compared to the land-based equivalent to allowing for the demanding logistics of working offshore. Its modular design facilitates the testing of different lengths and types of cable.

As the offshore wind industry continues to expand at a high rate, it is critical for wind farm operators that post-installation tests have the best chance of detecting any defects that could later lead to failures. According to the Offshore Renewable Energy Catapult (ORE Catapult) subsea power cable system failures (including cable accessories) are a frequent issue, causing approximately 75-80% of offshore wind insurance claims despite only making up around 9% of the total cost of a wind farm. The total cost to operators in 2019 was over £1 billion in lost revenue, and the figure is climbing year on year[1].

Of the cable system failures reported by the ORE Catapult, approximately half were caused by problems during the installation process. This highlights the issue of traditional offshore test methods failing to detect defects arising during installation; resonant testing increases the probability of picking up such defects. IEC 63026 (published in 2020) stipulates a test frequency in the operating range of RTS for cables operating above 36 kV, precluding the use of existing technologies that have been used to date.

JDR is a market leader in the offshore inter-array cable market and is the first cable manufacturer to invest in this technology. As Ross Piercey states:

“JDR has looked at what our clients need, to adhere to the latest IEC 63026 Submarine Power Cable standard and how we can support them to satisfy insurers the windfarm installation is fit for purpose. It’s clear that with the upgrade to 66 kV inter arrays, a more robust post-installation test method is needed, to ensure the cable and all accessories are defect-free upon install. We are delighted to work with HighVolt in bringing this world-leading concept to our clients.  JDR will be the first offshore test and terminations company to offer Resonance, VLF & DAC technologies to our customers,” said Ross Piercey- Asset manager, JDR Cables.

HIGHVOLT developed this test system in response to the technical requirements and field experiences of key industry stakeholders. Given the potential reliability issues related to the increasing voltages in IACs it was clear that an improvement in test technology was required.

The system is due to be used on a major UK based offshore wind farm project mid-late 2021.