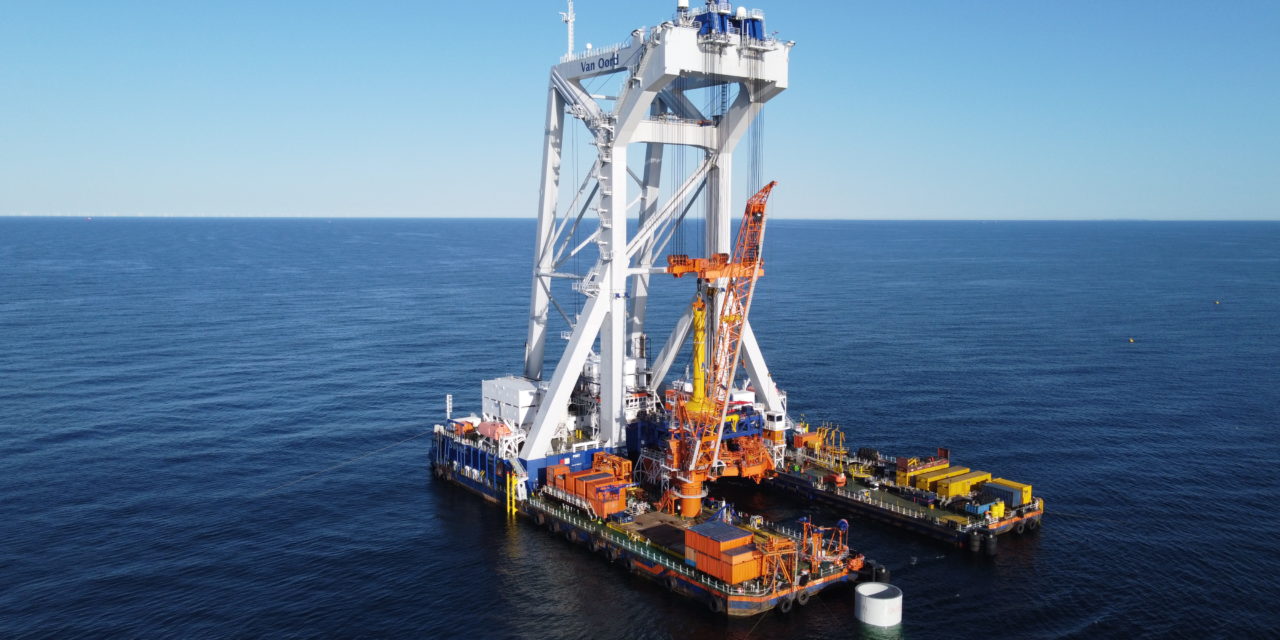 Iberdrola and Van Oord have signed a contract for the transportation and installation of Baltic Eagle’s monopile foundations, as well as the supply, transportation and installation of the inter-array cables. With a production capacity of 476 MW, Baltic Eagle offshore wind farm will supply renewable energy to 475,000 households while saving nearly one million tons of CO2 emissions each year. It is scheduled to be fully operational by the end of 2024.

Iris Stempfle, Country Manager for Iberdrola in Germany, said: “Iberdrola is one of the leading developers contributing to the energy transition by investing in offshore wind projects around the globe – in Germany, our Baltic Hub will have an installed capacity of 826 MW by the end of 2024. Tapping into the expertise of Van Oord yet again makes us confident that Baltic Eagle offshore wind farm will be delivered as planned.”

Arnoud Kuis, Managing Director Van Oord Offshore Wind, said: “We are very pleased to be working with Iberdrola again, this time on the Baltic Eagle project in the German Baltic Sea. Combining the installation of foundations and the supply and laying of cables will ensure efficient project execution.”

For the installation of the 50 foundations, Van Oord is deploying its 8,000-ton heavy lift installation vessel Svanen which thus far has installed more than 700 foundations across Europe, including the vast majority of monopiles in the Baltic Sea. The offshore works for the Baltic Eagle project will start in 2023.  Van Oord’s cable-laying vessel Nexus and trencher Dig-It will be deployed for the inter-array cable laying. Due to challenging soil conditions in the Baltic Sea, the trencher Dig-It will be customised to ensure proper execution of the cable laying works.

The Baltic Sea holds an incredible potential of 93,000 MW for offshore wind in Europe. Alongside Germany, several countries, such as Poland, Sweden and Estonia are exploring new opportunities for offshore wind developments. By 2024, Iberdrola’s Baltic Sea Hub will comprise 826 MW (Wikinger with 350 MW in operation since 2017 and Baltic Eagle with 476 MW) and will act as a centre for offshore and onshore services, as well as providing local content for Iberdrola’s projects in the Germany-Poland-Sweden axis.  In the German Baltic Sea alone, Iberdrola is planning to increase installed capacity to more than 1,1 GW by end of 2026.

The significant expansion of the offshore wind pipeline over the past twelve months -20,000 MW at the end of the first quarter of 2021- bolstered by new growth markets with high potentials, such as Japan, Poland, Sweden and Ireland, will enable the group to have 12,000 MW offshore wind in operation by 2030.

Iberdrola believes that the energy transition can act as a key driving force in the transformation of industry, a green economic recovery and job creation.

With this focus, Iberdrola has launched a major €75 billion investment plan for the 2020-2025 period, with the aim of doubling its renewable capacity and taking advantage of the opportunities created by the energy revolution in the world’s major economies.

After twenty years driving the energy transition, with investments of over €120 billion, Iberdrola is a leader in renewable energy, with an installed capacity of more than 33 GW, making its generation fleet one of the cleanest in the energy industry.

With CO2/kWh emissions already two thirds lower than the European average, the investment strategy in clean energy and networks will lead Iberdrola to become carbon neutral in Europe by 2030.