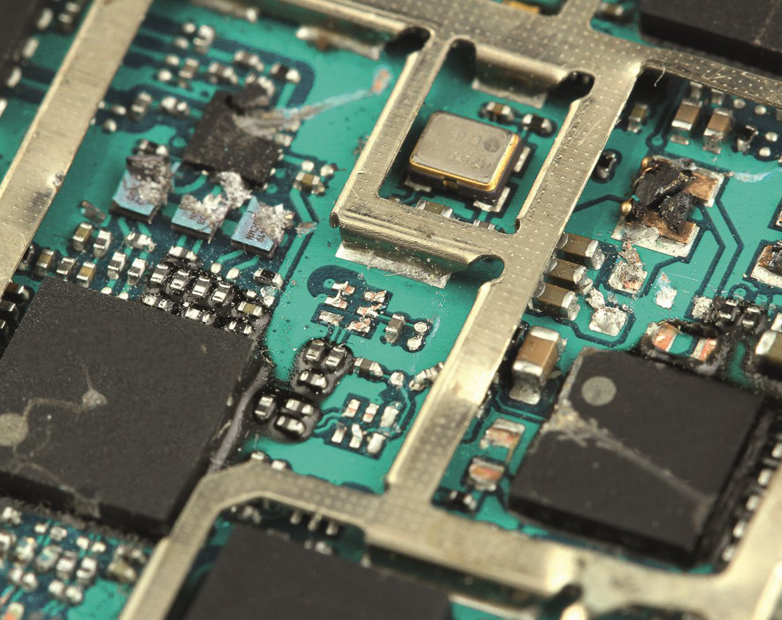 Modern highly automated production plants rely on industrial connectors for the supply of energy, the communication of data and, above all else, the reliable and efficient transmission of signals from measuring, control and regulation technology. Here, transmission quality depends on the performance of both the key interconnection devices for inputs and outputs in the central electrical control cabinet and the protective devices applied within signal circuits.

Minimal downtimes for machines and plants are a decisive factor in maximising productivity and as a result directly affect a company’s operating profitability level. In particular, unpredictable failures such as those caused by voltage transients in control circuits can have a critical negative impact on plant operation. Even relatively small voltage peaks (i.e. anything higher than the maximum continuous operating voltage of the protected device) can cause catastrophic damage to some of the most up-to-date electronic components.

In order to avoid plant stoppages and the associated production disruption that could arise in such failure conditions, electrical control cabinet designers and builders normally integrate separate DIN-rail mounted surge arrester devices to offer in-line protection to the most sensitive circuits. These typically consist of multiple I/O sensors and switches which are generally installed in the control cabinet, each taking up around 6-12 mm of DIN rail mounting space. More significantly, they require time and wiring effort, and involve noteworthy extra cost.

To address this challenge, HARTING has developed an interesting new approach that saves important internal control cabinet space and enables a potentially more cost-efficient higher density cabinet design. This solution moves the in-line surge protection circuitry out of the cabinet and integrates it directly into the I/O interlinked connector. This is achieved through an innovative new surge-protection module that has been added to the well-known Han-Modular® range of connector inserts. As a result, potential overvoltage transients are effectively stopped at the cabinet wall.

The transients, which can interrupt signal circuits and destroy electronic devices, are discharged to ground within the connector via an innovative spring element that makes conductive contact with the Han-Modular® hinged frame, which holds the modules in position. For the correct discharging of the signals, it is essential that the frame is connected with the ground.

In conclusion, by integrating HARTING Han® Surge Protection modules into panel mounted I/O connectors, it becomes possible to effect significant improvements in the cost-effective design flexibility of electrical control cabinets. Not only are potentially damaging transient voltage surges prevented in signal circuits, but if very high voltage transients such as lightning strikes occur, any possible EMI/RFI interference is prevented from being transmitted over internal cabinet wiring. This prevents the interference reaching the DIN rail-mounted surge arresters and possibly affecting sensitive internal electronic control circuits. The HARTING Han® Surge Protection module is the first such smart module that can be integrated into a panel-mounted sensor circuit I/O connector, with its modular connector design also allowing for easy replacement at end-of-life.