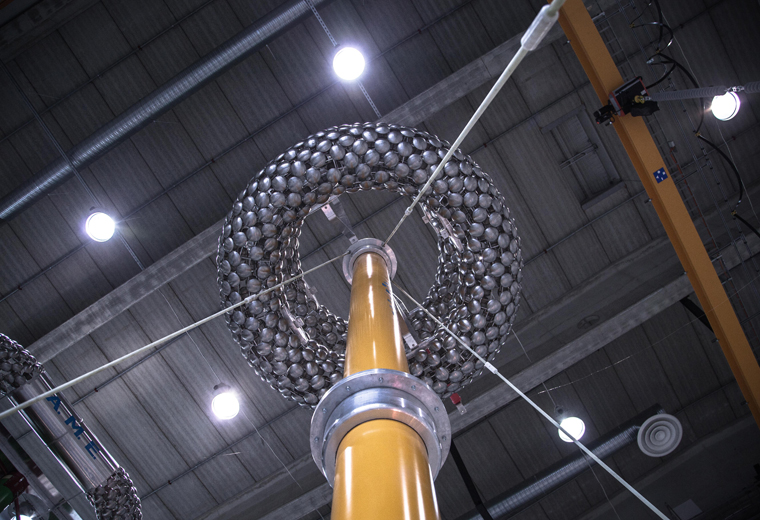 Prysmian, double technology milestone in the field of Power transmission

“It is the first time in the cable industry that voltages at these high levels have been achieved”, stated Massimo Battaini, Senior Vice President Energy Projects at Prysmian Group.“These are also the first developments in cable technology that enable HVDC power transmission systems beyond 3 GW per cable bipole, and as such, are capable of more than double the power transmission capability of DC cable systems currently in service”, he added.

These achievements prove the robustness and reliability of both XLPE and mass impregnated PPL technologies for HVDC applications to the highest voltage levels, the latter emphasizing the intrinsic potential of the Group’s PPL proprietary technology.

The voltage upgrades resulting from such achievements also allow increasing the power transmission capability by up to 15% beyond the previously highest voltage 525 kV XLPE technology and beyond that currently achieved with high performance PPL technology at voltage level of 600 kV, respectively.

These milestone achievements follow the Group’s recent announcement of the successful testing of the 525 kV DC XLPE and 525 kV P-Laser cable solutions in December 2015 and March 2016 respectively and are further recognition of the clear commitment and leading role Prysmian has towards innovation in cable technology.

For these new voltage classes Prysmian leveraged its extensive and in-depth knowledge of materials and its understanding and ability to improve manufacturing approach, to successfully address the challenges of optimising reliable industrial processes with strict technological parameters and providing complete systems of cable and accessories with the best dielectric properties.

HVDC cable links are key components in delivering sustainable energy systems for the bulk transmission of electrical power over long distances, whether across or between countries. Prysmian Group has always been at the forefront in the development of innovative technological solutions for power grids, with the provision of cable systems for HVDC applications. In achieving these important milestones the Group is now able to offer the most advanced technologies and provide Transmission System Operators engaged in developing, extending and upgrading their power grids with real options for the design and implementation of performance optimized and cost efficient high power grid links and interconnectors.