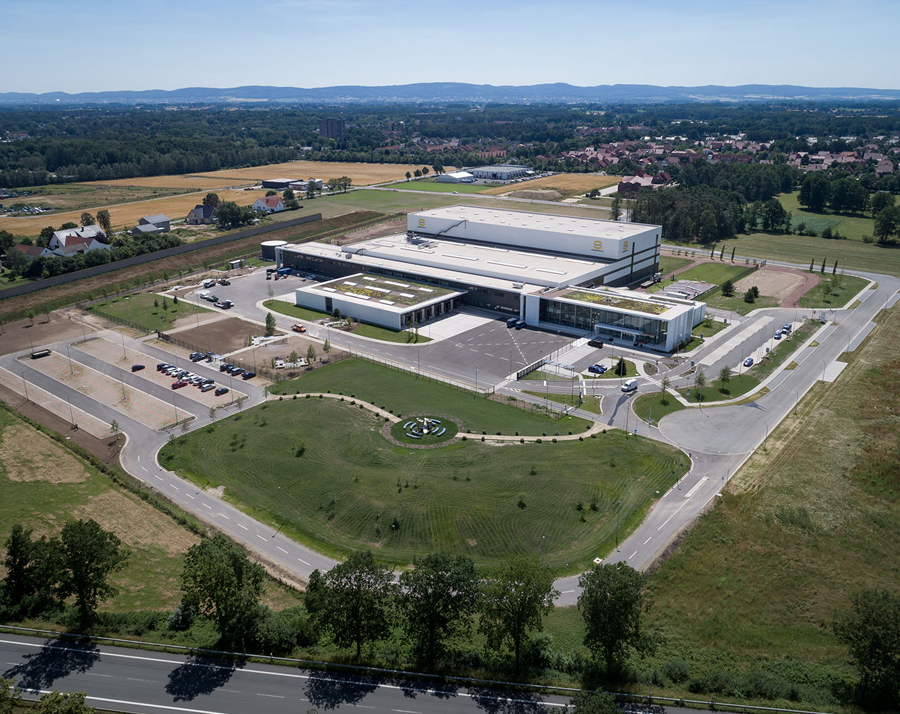 A day of celebrations marked the HARTING Technology Group’s official opening of its state-of-the-art European Distribution Centre (EDC) in Espelkamp. Up to 20,000 order items will be processed every day, with goods dispatched to customers on the day of order. Costing an estimated €45 million, the European logistics centre is the largest single investment in the 74-year history of HARTING.

Around 10,000 packages can be shipped to customers and branches around the world every single day and the 20-metre-high shelf warehouse can accommodate approximately 7,000 pallets and 120,000 containers. A total of 2,000 containers can be taken in and out of the warehouse every hour. Installation work involved laying 100 kilometres of IT cabling, 40 kilometres of sprinkler piping and container conveyor technology with a total length of 1,000 metres.

Technical highlights include the highly-automated picking system and the storage area, which is optimally managed and efficiently utilised according to the respective order load and capacity. Cutting-edge HARTING technology can be seen as soon as you enter the premises, as approaching vehicles are automatically recognised and the barrier lifted to grant access. RFID technology ensures that pallets are correctly placed and loaded.  A driverless transport system is responsible for moving goods between the halls and independently selects the optimum route. The highly flexible logistics of the EDC also enable a fast response to changing economic or political framework conditions such as trade barriers.

Great emphasis was also placed on generating a sustainable energy supply. The power for the European Distribution Centre is supplied by a photovoltaic system installed on the roof, while the energy requirements for cooling and heating are covered by internally produced biomethane and a geothermal plant, for which 36 holes needed to be drilled to a depth of 150m. The implemented energy supply minimises Co2 emissions and the cost of the entire centre came in 27 percent lower than the figure originally calculated by the Kreditanstalt für Wiederaufbau (KfW). 140 employees will work in the logistics centre in a two-shift system and benefit from ergonomically designed workstations, where pallets are lifted by almost a metre for picking, preventing employees from having to bend over constantly.

The offices and social spaces, reception, bistro with terrace and seating areas are all bright and friendly and the EDC sits on an 8-hectare site just off the L770 in northwest Espelkamp.