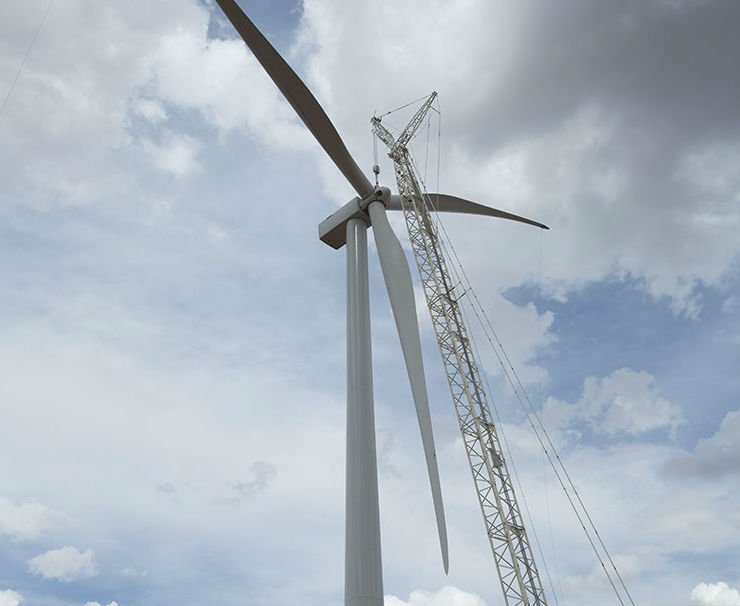 GE Renewable Energy has announced its new 2 MW onshore wind turbines were responsible for significant growth throughout the first quarter of 2016. The new product platform was selected in contracts totaling more than a gigawatt of new wind capacity in the United States.

“We continue to invest in wind technology because it drives growth,” said Anne McEntee, President & CEO of GE’s onshore wind business. “Our new 2 MW platform has helped us deliver a strong start to 2016, and we hope to see continued global growth as we build our backlog the rest of the year.”

The new machines are compatible with GE’s Digital Wind Farm technology, powered by the Predix software platform. With generator ratings from 2.0-2.4 MW and rotor diameter options of 107 or 116 meters, the 2 MW turbines are well-suited for a variety of U.S. wind conditions.

Some of the largest first quarter deals were signed in Texas and North Dakota, including a 230 MW project at Starwood Energy’s Electra 1 wind farm, which is scheduled to receive 100 units of the 2.3-116 model.

GE’s onshore wind business now has more than 50,000 MW of installed wind capacity across the globe. The company reached the milestone in the first quarter of 2016 with help from its recent acquisition of Alstom’s renewable energy unit in November 2015. GE’s global wind footprint, which extends to more than 35 countries worldwide, now includes more than a gigawatt of capacity in Brazil, Canada, China, Germany, Spain and the United States.

Download our infographic for some fun facts about how much equivalent energy GE wind turbines are capable of providing.