Generational change at the Lapp Group 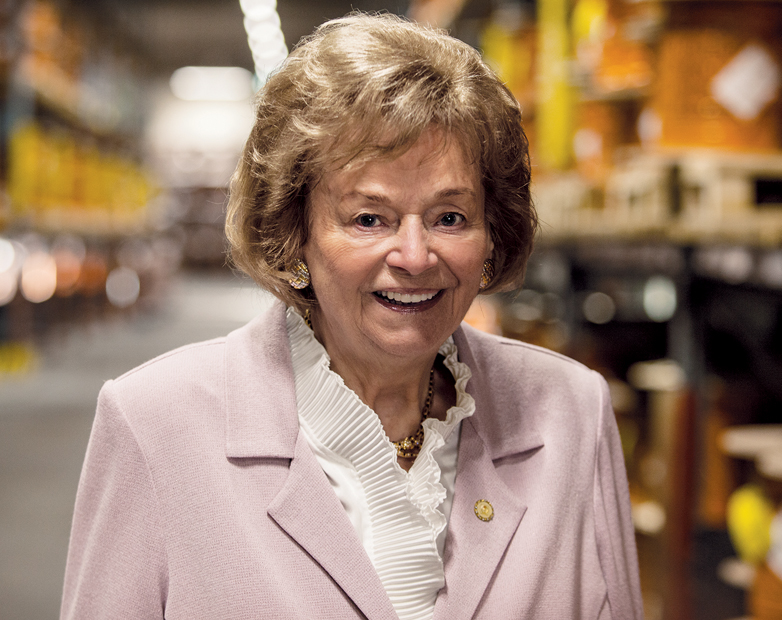 The Lapp Group is setting its course for the future. With effect from 01 July 2017, Ursula Ida Lapp, founder of the Lapp Group, has stepped down from her position as Chairman of the Supervisory Board at U.I. Lapp GmbH following a long career as an entrepreneur. She has, instead, become Honorary Chairwoman of the Supervisory Board and so continues to support the company’s activities. As of 01 July  2017, her son Andreas Lapp has succeeded her as Chairman of the Supervisory Board at U.I. Lapp GmbH and at the same time resigned as CEO for Latin America, Europe, Middle East and Africa and CEO of U.I. Lapp GmbH. These positions have been taken up by his nephew Matthias Lapp. Andreas Lapp says, “I am delighted that this step ensures the successful transfer of long-term responsibilities within our family-operated company, and I welcome the appointment of Matthias Lapp as the new CEO, a move which hands this position of authority to someone with extensive experience, gathered during time spent abroad and within our company.”

The company’s employees, works council and management join the Lapp family in expressing their gratitude to her in her capacity as an outstanding businesswoman. Ursula Ida Lapp shaped the company since it was founded in 1959. Along with her husband, Oskar Lapp (1921-1987), she made German economic history and helped the company go from strength to strength. Oskar Lapp revolutionized connection technology when he created ÖLFLEX®, the first industrially produced power and control cable system. Today, the Lapp Group is one of the leading suppliers of integrated solutions and branded products in cable and connection technology.

Ursula Ida Lapp will remain active at the company: she will she serve as Honorary Chairman of the Supervisory Boards at U.I. Lapp GmbH and Lapp Holding AG. She will also oversee the activities of the Oskar Lapp Foundation with her sons. The foundation was founded in 1992 in memory of her husband Oskar Lapp, who died of a heart attack. The foundation aims to provide young scientists with incentives to effectively engage them in cardiovascular research. The Oskar Lapp Research Prize, worth 12,000 Euro, is presented annually, while the Oskar Lapp Grant, which provides up to 20,000 Euro for equipment, is awarded every two years. Social responsibility is an issue of tremendous importance to Ursula Ida Lapp. The family also helps employees combine work and family life by supporting the charity Kind e.V. The new building for the Bärcheninsel daycare centre in Stuttgart-Dürrlewang, the town hall in Stuttgart-Möhringen and construction of a pavilion for the Pestalozzi school in Stuttgart-Vaihingen are also projects that were only possible thanks to financial support from the Lapp family.

In his capacity as Chairman of the Supervisory Board, Andreas Lapp is now in charge of U.I. Lapp GmbH’s monitoring committee. Following the death of Oskar Lapp in 1987, the dedicated businessman worked with his mother Ursula Ida and brother Siegbert E. Lapp to establish an international reputation for company. Possessing remarkable entrepreneurial talent and an understanding of international markets, it was not long before he ensured that U.I. Lapp GmbH had secured access to new markets outside of Germany. Andreas Lapp will remain CEO at Lapp Holding AG.

Cultural exchange between Germany and India is another issue that is particularly important to Andreas Lapp. Since 2001, he has been Honorary Consul of the Republic of India for Baden-Württemberg and Rhineland Palatinate. Every year, he hosts the wine festival “Stuttgart meets Mumbai” in the Indian metropolis. In Stuttgart, he also provides significant support to the Indian Film Festival and founded the Indian Business Centre, which helps Indian companies to quickly gain a foothold in Germany.

Matthias Lapp has taken over from Andreas Lapp as CEO at U.I. Lapp GmbH, which encompasses LA EMEA (Latin America, Europe, Middle East and Africa) within the Lapp Group. In his new capacity, he reports to the Board of Lapp Holding AG, continues to be responsible for expanding and maintaining Lapp’s network of partnerships in the LA EMEA region, and he will search for new market opportunities in Europe, Latin America, the Middle East and Africa.

Matthias Lapp joined Lapp Holding AG in 2010 and performed invaluable work during the relaunch of the Lapp Group’s corporate values throughout the organisation. He became Manager Export for LA EMEA in 2013 and took up the position of deputy CEO at U.I. Lapp GmbH in October 2016. His contribution has resulted in many benefits to the Lapp Group, among them the company’s first market activities in Panama and the formation of a local sales company there. He says, “The LA EMEA region has seen strong growth in recent years, and I believe it offers further potential. As CEO for LA EMEA, I am looking forward to working with you on making the most of this opportunity and I thank everybody at Lapp for their trust.”