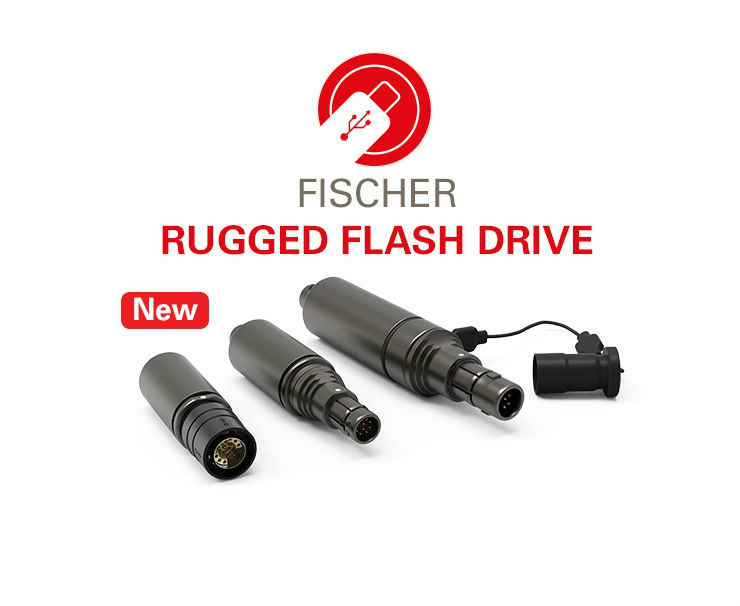 The Fischer Rugged Flash Drive is now available with USB 3.0 for the safe transportation and storage of your sensitive data in harsh environments.

Fischer Connectors launched on 13 June at the Eurosatory tradeshow in Paris the USB 3.0 version of its ultra-portable, miniature, lightweight and extremely tough Fischer Rugged Flash Drive, specially designed for the safe transportation and storage of sensitive data in harsh environments.

The new Fischer Rugged Flash Drive is even faster, smaller and easier to use than its predecessor launched in 2011:

The Fischer Rugged Flash Drive is both safe and secure: its rugged casing provides full protection in extreme environments, and its unique proprietary Fischer Connectors’ circular connector interface, combined with a durable encapsulation technique, guarantees data security in case of loss or theft.

The Fischer Rugged Flash Drive is perfectly adapted for applications where data security and confidentiality are critical, such as the defense and security, financial, medical, industrial, energy,  underwater, motor and extreme sport sectors, e.g. for civil or military UAVs, ROVs, test & measure equipment or rugged computers.