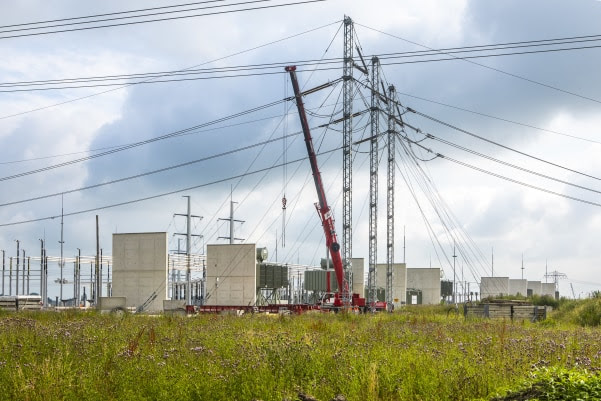 The European Investment Bank (EIB) has signed a EUR 250 million loan agreement with TenneT Holding B.V. The financing will be used to build a 40-km long electricity transmission corridor from Eemshaven to Vierverlaten in the province of Groningen, in the north of Netherlands, enabling the transmission of rapidly growing amounts of offshore wind energy to users in the Netherlands and beyond. The new electricity transmission corridor will double the capacity of the existing 220kV circuit. The corridor financed by the EIB includes a new 380kV line from Eemshaven to Vierverlaten, combined with a 110kV line for part of the route, and a new 380/220kV substation in Vierverlaten.

Once the new transmission lines are operational in 2024, the existing smaller capacity lines along the same route will be decommissioned and the project will result in an overall doubling of the capacity of the existing 220kV circuit. The new grid connection will allow for the avoidance of congestion on the Netherlands’ high voltage grid, especially once nearby wind farms under development are brought into operation and the project will further facilitate transfer of green electricity to demand centres. Eemshaven is already an important power generation hub in the Netherlands and this position will only be strengthened as, for example, it recently was designated also as the landing point for the planned offshore wind farm “Ten noorden van de Waddeneilanden” (700MW), by the Dutch Ministry of Economic Affairs.

“Supporting clean energy transmission is one of the key goals for the EIB, as the EU Climate Bank,” stated EIB Vice-President, Kris Peeters. “The Netherlands’ ambitious targets for renewable energy generation would require more investment in the transmission network and I am pleased that the EIB can help provide financing to contribute to achieving these goals. This project will help to bring secure, sustainable electricity to users across the Netherlands and beyond.”

Otto Jager, TenneT’s Chief Financial Officer, added: “TenneT is one of the largest investors in the European energy transition and long term partners as the EIB are needed to help finance this. Today’s transaction underlines our strong relationship with the EIB and we are proud that the EIB is financing this corridor which qualifies as a project of Common Interest of the European Union.”

The EIB has increased its total lending commitment to TenneT. With EUR 1.8 billion, the EIB is TenneT’s largest lender. The EIB commitments are provided for the upgrading and expansion of TenneT’s electricity transmission networks in the Netherlands and Germany as well as (cross country) interconnections.