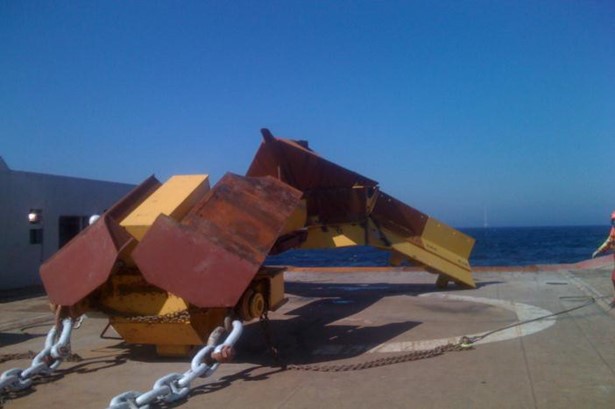 The Aberdeenshire-based business has been appointed by main contractor Prysmian Group to carry out pre-cut seabed trenching prior to Prysmian’s cable laying on the Wikinger offshore wind farm.

The 350 MW Wikinger project is Iberdrola’s first offshore project in Germany. Located in the north east of the island of Reugen, the windfarm will have 70 turbines and an offshore substation, generating enough energy to power more than 350,000 German homes.

Using its versatile SCAR Seabed System, ESS will perform first pass and multi-pass trenching in preparation for Prysmian’s installation and burial of 81 km of submarine cables which will connect the 70 turbines to the offshore substation.

ESS has built up a reputation for seabed preparation projects in the renewables sector and believes the successful completion of a £5 million project on behalf of Siem Offshore Contractors on the EnBW Baltic 2 windfarm helped secure this new work.

Keith McDermott, ESS Commercial Director, said: “Our previous experience of boulder clearance and trenching on the Baltic 2 windfarm has proven the versatility of the SCAR system and in particular its suitability for the soils in this region.

“Whilst our SCAR technology was originally designed for oil and gas sector projects, we have steadily built up a reputation in the renewables industry for being able to provide a robust, cost effective option for major cable-laying workscopes, helping reduce the levelised cost of energy production.”

Ecosse expect to mobilise from Aberdeen in mid-2016 and have already started pre-engineering work at its Banchory headquarters near Aberdeen.

Mr McDermott added: “With the downturn in the hydrocarbon sector and well publicised project cancellations or delays, Ecosse have quickly responded to the changing market and our focus on renewables and interconnectors is paying off.

“We have tendered for more than £280 million worth of projects and are confident that SCAR will prove an attractive option for other developers and installation contractors on a number of those projects in the coming years.”