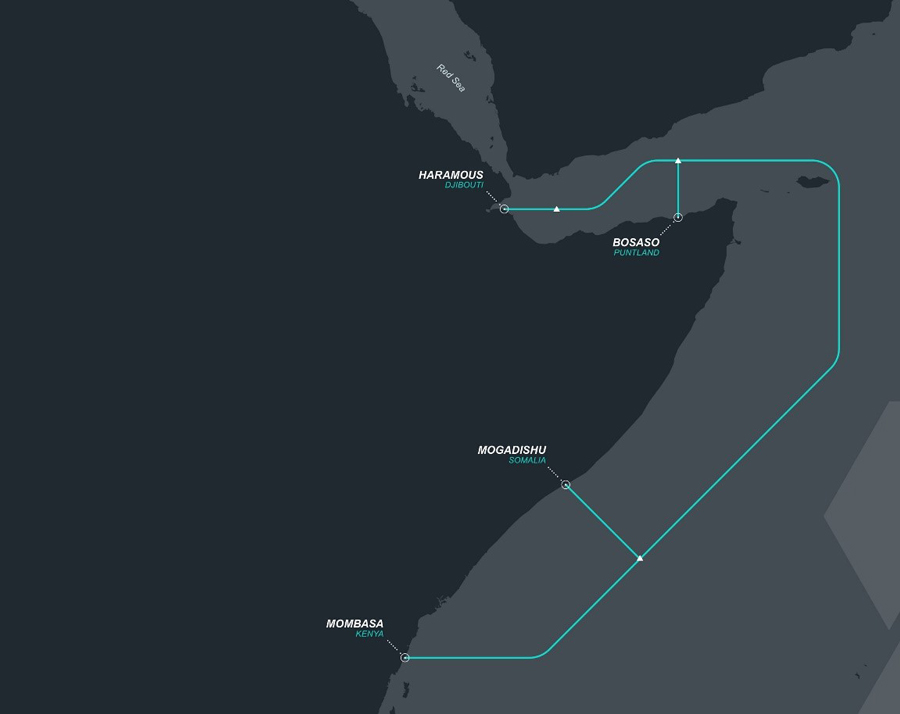 Djibouti Telecom, Somtel and SubCom today announced that the marine survey for the Djibouti Africa Regional Express 1 (DARE1) submarine cable system has been completed and the cable route finalized. The companies also announced the addition of a landing station in Bosaso, Somalia. The DARE1 cable system is the first step in a planned expansion into eastern Africa, which will connect Djibouti (Djibouti), Bosaso (Somalia), Mogadishu (Somalia) and Mombasa (Kenya). With a finalized route length of 4,747km, DARE1 will deliver up to 36 Tbps of capacity to East Africa.

The project is progressing on schedule with the marine survey completed on January 21, 2019. Manufacturing of the undersea cables and repeaters will begin in April 2019 and the system will be ready for commercial traffic in June 2020.

Bosaso is a port city in Puntland, Somalia and is the region’s commercial capital and a major seaport within the state. The two fiber-pair, repeatered Bosaso segment of the DARE1 cable will be 108 km and will be equipped with a switched Wavelength Management Unit. The Bosaso branch represents one branch off of the cable system’s three fiber-pair trunk, where each pair has a capacity of 40 channels at 300 Gbps.

“We are excited about the completion of the marine survey and the additional landing point for DARE1. We believe this cable system is crucial for the development of the East African region and we are impressed by SubCom’s level of dedication and professional project management. We look forward to expanding DARE1 into other regions and connecting it with other cables to increase accessibility in Africa and across the globe,” said M Mohamed Assoweh Bouh, Djibouti Telecom Director General.

“With the additional landing point in Bosaso, we are further establishing DARE1 as the first cable of its kind to link these African regions to the global network. We look forward to increasing internet speed and access for those in East Africa and are proud to be bringing unmatched connectivity to the region,” said Abdirashid Duale, CEO of Dahabshiil Group.

“We are pleased with the progress of the project and the diligence of all parties to mitigate risk and keep the project on schedule,” said Debra Brask, VP Project Management at SubCom. “We continue to focus on furthering connectivity in the East Africa region and are enthusiastic about building on our successful record there by working on projects such as the DARE1 cable system.”