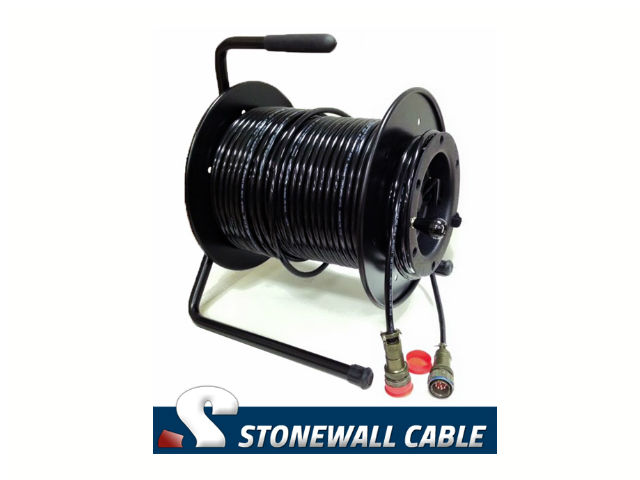 Stonewall Cable, Inc., the premier manufacturer of communication cables sold to government and industry, will help broadcast the Summer Olympics to millions of people throughout North America this August. Customized cable assemblies from Stonewall, located in Rumney, New Hampshire, are en route to Rio de Janeiro and will be used at broadcast booths at various venues. The Summer Olympics in Brazil will feature the best athletes from around the world, and with the pride of nations on the line, 20 – 30 million viewers a day are expected in the US alone, from the opening ceremony to the closing ceremony (August 5th – 21st).

Stonewall has manufactured and shipped customized cables that will broadcast the events to North America this August including cables with custom lengths, specialty jackets, and specialty exit angles. These cables, among other equipment, are currently being packed into shipping containers and being deployed to Brazil where production teams are already on location and ready to begin the setup process for the Olympics at several venues in and around Rio de Janeiro.

Patricia Ramberg Pihl, the Stonewall Cable customer service representative dedicated to the project, was delighted to hear that the quotes she prepared would ultimately help broadcast the events to millions of Americans. She also stated that it was a pleasure preparing quotes, orders, and working with the customers involved in the project and looks forward to building a long and prosperous relationship with the customer.

Stonewall’s ability to customize cable assemblies works as an advantage for broadcasting companies that require fast, organized, and efficient setup and take-down while delivering exceptional performance and reliability. Gone are the days of ordering a 50 foot stock cable when only 26.4 feet is required. Exact lengths and exit angles allow for much easier installation and organization, while custom jacket options allow for durability in varied working environments. Custom labels, serialization, and color coding are available to help keep cables organized, sorted, and easily identifiable when setting up and breaking down broadcast locations, while deployable reels allow for much faster set up and take down in temporary locations.

The summer games in Brazil will feature over 300 events in 34 sports and most will be available to view on national television networks. In 2014, the Sochi Winter Olympics averaged 21.4 million viewers in primetime in America and in 2012, the London Summer Olympics averaged 31.1 million viewers in primetime in America. The time zone of Rio de Janeiro, Brazil will be a positive contributing factor for ratings this summer in the US. Fans will have a better opportunity to see events live rather than on a tape delay. The broadcasting company’s decision to choose Stonewall Cable to supply cables is a direct reflection of their trust in Stonewall’s quality, performance, and reliability.

Stonewall Cable is thrilled to have a small part in the broadcast of the largest event in the world. In addition to the Olympics, Stonewall Cable has also provided cables that have been used in broadcasts of the NFL’s Super Bowl, NBA basketball games, and NCAA basketball and football events among other live sporting events.

“It’s rewarding to reflect on how Stonewall plays a pivotal role in some very impressive projects. Each department at Stonewall had a hand in getting this order out the door to the customer. Our team works great together, and it’s important to note the hard work

by each and every department regardless of their level of interaction with the customer or the products. Here, every department relies on others to operate successfully. The commitment to quality and hard work by each team member plays a huge role in Stonewall’s mission.” – A. LaMonica (Stonewall Cable)

Stonewall Cable manufactures the highest quality data and communication cables for the world’s most demanding customers. From the battlefield to the broadcast booth, laboratory to industrial production floor, Stonewall’s unmatched quality record keeps customers coming back. To learn more about Stonewall’s capabilities or to inquire about a quote for an upcoming project, please call Stonewall Cable customer service at 1-800-525-3303 or visit stonewallcable.com.

Stonewall Cable Inc. has been in the cable manufacturing business since 1985. At their facility in Rumney, New Hampshire, they manufacture all types of computer and network cables as well as harnesses for government, commercial, and industrial applications.