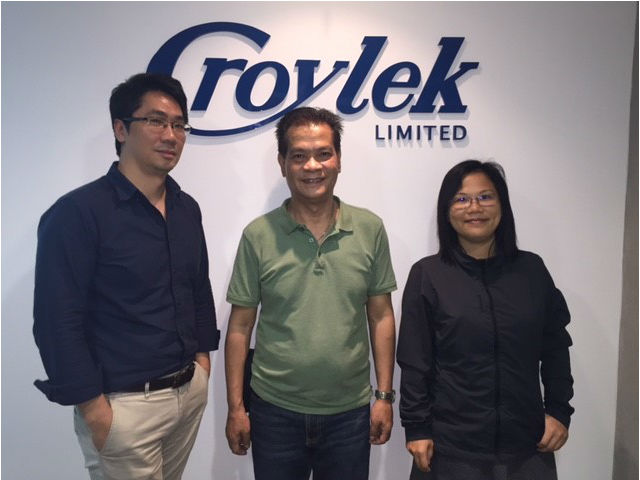 Croylek Limited has established itself as a leading supplier of cables including electrical, mechanical and thermal insulation products and this year sees the 10th anniversary of Croylek’s business venture in China. During April 2016, the Group General Manager, Gary Bowyer embarked on a ten-day trip, visiting the team along with a number of key customers and suppliers across the region.

The company boasts a fully staffed branch office and warehouse in the industrial Kuwn Tong district with customers across Asia in Hong Kong, China, Singapore, Malaysia and Japan. They have also built up a stable and reliable network of suppliers and manufacturers, allowing them to compete in both the Asian and European markets.

“The last 10 years have been very positive for us as a business and we have embraced the differences in culture between Asia & Europe. I am confident that we will continue to grow from strength to strength in our Asian markets.”

“I am delighted with the attainment of this landmark. Establishing an overseas presence is not an easy thing to accomplish, but thanks to the continued efforts of the team, our Hong Kong office has successfully grown and developed. This has helped us to offer a high level of support to our customers in the Asia Pacific region.”