COBRACable link available to transmit energy between The Netherlands and Denmark 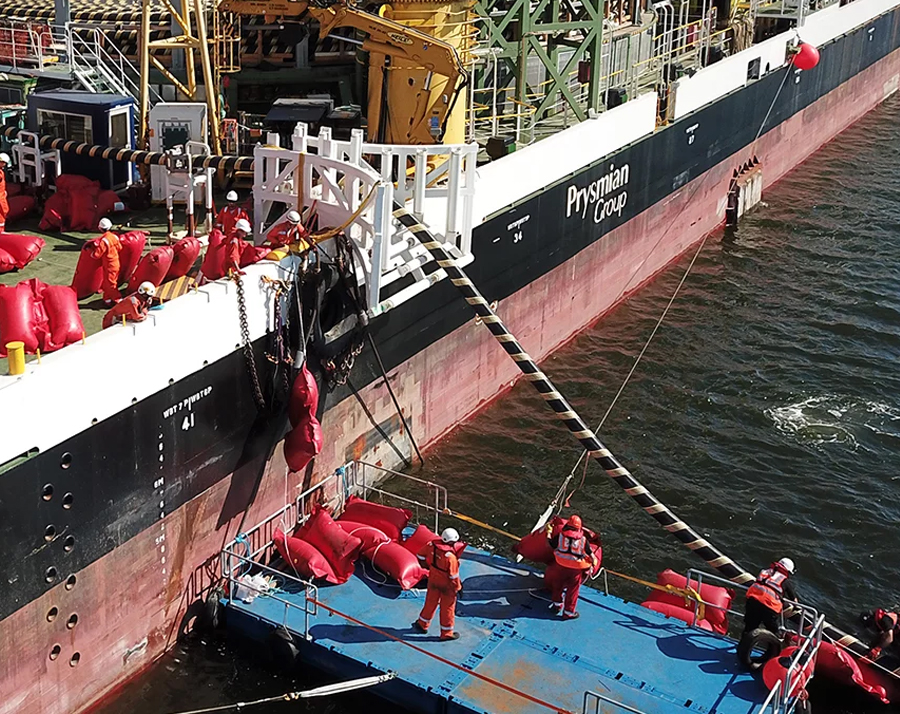 The contract was awarded by TenneT TSO B.V. and Energinet SOV, operators of the Dutch and Danish power transmission grids. COBRAcable HDVC link is key for a sustainable European energy landscape.

Prysmian Group, world leader in the energy and telecom cable systems industry, announces the successful completion of the HVDC test on the submarine interconnector COBRAcable that links The Netherlands and Denmark.

The announcement takes place during the COBRAcable link’s official inauguration event, simultaneously held in Eemshaven (NL) and Endrup (DK), in the presence of representatives from the Dutch and Danish ministries, confirming the successful completion of the trial operation performed by the contractor.

Prysmian had secured this project in February 2016 with a contract awarded by TenneT TSO B.V. and Energinet SOV, operators of the Dutch and Danish power transmission grids, respectively.

The COBRAcable interconnector produces benefits for both Denmark and The Netherlands, ensuring a reliable energy supply in the two countries. It also contributes to the development of a sustainable international energy landscape, a key priority for the European Union, which is supporting the project through the EEPR (European Energy Programme for Recovery).

As a one-stop-shop solution provider, Prysmian supplied and installed a ±320 kV HVDC bipole system, using single-core cables with extruded insulation technology and running for a total route of around 325 km, from Eemshaven (NL) to Endrup (DK) via the German North Sea sector. The project includes two onshore lengths of 1 km on the Dutch side and 25 km on the Danish side that will connect the two onshore converter stations, provided under separate contract by Siemens. All submarine cables were produced in Arco Felice (Italy) and Pikkala (Finland), the Group’s centres of technological and manufacturing excellence for this type of cables. Land cables were produced in Gron (France), while telecom cables were manufactured in Vilanova (Spain) and Drammen (Norway).

COBRAcable is a very innovative and tight schedule turn-key project, standing out for its big cross-sections and the various construction methods and installation technologies used, which saw the employment of the Heavy-Duty Plough, Hydroplow and Vertical Injector (able to reach a 10 m burial depth, and thus representing a point of reference for the industry) depending on the local water depth and composition of the seabed.