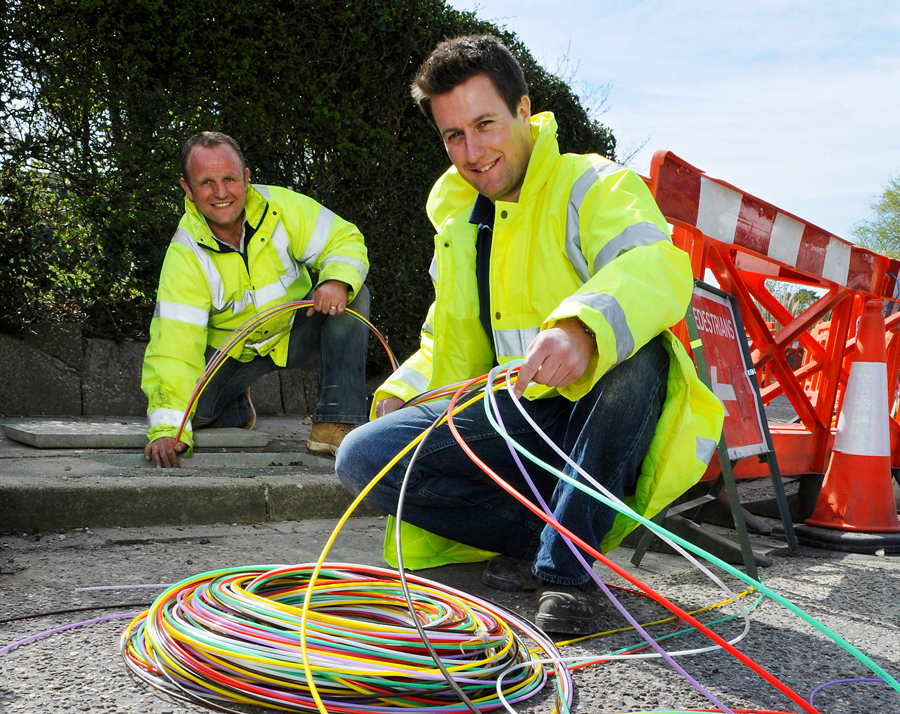 CityFibre has revealed 36 additional locations to benefit from full fibre as part of its up to £4bn Gigabit City Investment Programme, targeting up to 8 million premises. In parallel, CityFibre has also accelerated the mobilisation of its network build capabilities, with a process underway to award £1.5bn in construction contracts by the summer and network build brought forward in the vast majority of these towns and cities by the end of the year.

Amongst the locations announced are large cities such as Glasgow, Nottingham and Wolverhampton, as well as smaller towns including Solihull, Crawley and Barnsley. Each will benefit from a future-proof network that will support the digital needs of homes, businesses, next generation mobile networks and public services for generations. Underpinned by a full fibre infrastructure platform, these towns and cities will spur economic growth, helping to level-up the UK and support the Government’s target of nationwide coverage by 2025.

In an acceleration of its plans, CityFibre will shortly be awarding more than £1.5bn in network construction contracts for the newly announced full city builds. Awards will be granted by July, enabling the selected partners to secure and mobilise their workforce in preparation for network construction to begin in nearly all the announced cities by the end of 2020. The 5m home rollout will create more than 5,000 construction jobs across the UK and stimulate local economic growth in the region of £85bn.

Today’s announcement follows news that TalkTalk has committed to join CityFibre’s network to market both consumer and business services. They will join Vodafone and over 1,500 business and public sector ISPs as customers on the growing network. Most recently, mobile operator Three has committed to leverage CityFibre’s growing network to support its nationwide rollout of 5G services, further accelerating CityFibre’s network deployment plans.

Secretary of State for the Department of Digital, Culture, Media and Sport, the Rt Hon Oliver Dowden MP said “We want to make sure every corner of the country benefits from world-class, gigabit speed broadband, so it is great to see CityFibre expanding out into 36 more towns and cities.

“We are working closely with industry to push ahead with nationwide rollout and investing £5 billion so the hardest-to-reach areas aren’t left behind.”

Commenting on the announcement, the Scottish Government Minister for Energy, Connectivity and the Islands, Paul Wheelhouse MSP, said: “This is very welcome news from CityFibre as it announces further commercial full fibre rollouts in Scotland which complement the Scottish Government’s target of ensuring access to a minimum of superfast broadband for each and every premises in Scotland.”

Henri Murison, Director of the Northern Powerhouse Partnership, said: “Many Northern Powerhouse towns and cities are set to benefit from this significant investment unlocking fibre to the premises. This digital progress, driven by competition, is a significant step to opening up opportunities for those growing up across the North as well as businesses here already or considering relocating or starting here. Ensuring that unlike the challenges we experience in wider infrastructure like transport, adopting the next industrial revolution will be a transition we can lead to help level up Britain, closing the North – South divide for good.”

Tristia Harrison, Chief Executive of TalkTalk, commented: “This is great news for TalkTalk customers who live in these towns and cities as they’ll soon benefit from faster, more reliable broadband.

“This announcement is a clear demonstration that new digital infrastructure will only be delivered through a vibrant, competitive market. What’s more, it is another important step in creating the Northern Centre of Excellence for full fibre to level up opportunities for all consumers and businesses in Britain.”

Greg Mesch, CEO at CityFibre, said: “Britain’s need for a world-class digital infrastructure has never been greater which is why we stand firmly behind the Government’s plan for nationwide coverage by 2025. Full fibre will play a critical role in levelling-up the UK and so today we are accelerating our plans, bringing full fibre to more towns and cities, even faster.”